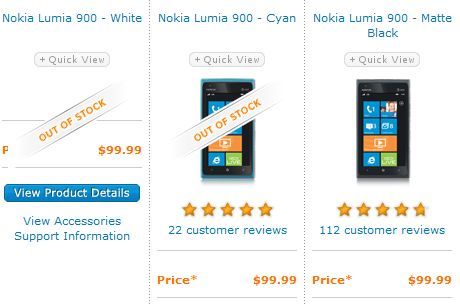 The white Lumia 900 isn't even listed as being available for sale at on other web sites such as Amazon and Best Buy, although it's possible your local AT&T retail store might still have some available in stock.

Meanwhile, while the cyan version of the Lumia 900 is still on back order via AT&T's online store, Amazon and Best Buy's websites both list the cyan version, along with the black version, as being back in stock. Amazon's price for the Lumia 900 continues to be $49.99 with a two year contract, which is $50 less than AT&T's current price point for the product.