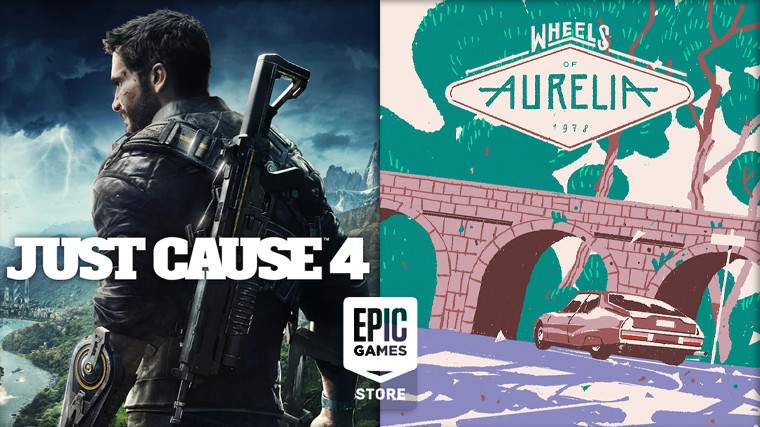 Just Cause 4 and Wheels of Aurelia are free to claim this week on the Epic Games Store, taking the place of Close to the Sun and Sherlock Holmes: Crimes & Punishments.

An open-world action-adventure title, Just Cause 4 is built upon a newer version of the Apex engine developed by Avalanche Studios, adding the ability to introduce extreme weather effects such as tornadoes, blizzards, sandstorms, and more. Just Cause series has been known for its expansive maps and freedom to do pretty much anything – just cause. Here’s how the Epic Games Store describes it:

Just Cause 4 sees rogue agent Rico Rodriguez land in Solis to hunt down the truth about his past, at any cost. Jump into an action-packed open-world sandbox experience and cause chaos with a wide selection of weaponry, vehicles and gear!

Wheels of Aurelia is an adventure visual novel set in 1978’s Italy, featuring the story of a woman who drives along the Via Aurelia motorway and meets several companions on the way. The game uses an isomorphic birds-eye view. Here’s how it’s described by the Epic Games Store:

Embark on an immersive road trip through the gritty western coast of Italy during the roaring 1970’s. Playing as Lella, a bold, spunky woman, experience the sights and sounds of a tumultuous time in Italy’s history while uncovering events from Lella’s past.

Epic Games Store is offering Just Cause 4 for Windows and Wheels of Aurelia for Windows and macOS, however the latter is also available for Linux via Steam where it is priced $9.99 at the time of writing. Here are the minimum requirements:

If you wish to claim Just Cause 4 or Wheels of Aurelia, you can find them here. They will be free to claim until April 23, which is when Epic will put on offer For The King for its next giveaway.