It has been over 28 years since Mario last appeared on cereal boxes thanks to the Nintendo Cereal System, back when the company was the belle of the ball in gaming. It would seem that it wants to relive those glory days. Everyone can agree that 2017 has been a great year for the Japanese gaming giant, thanks to the blockbuster launch of the Nintendo Switch, and several critically acclaimed games that saw it triumph over the dark days of the Wii U. 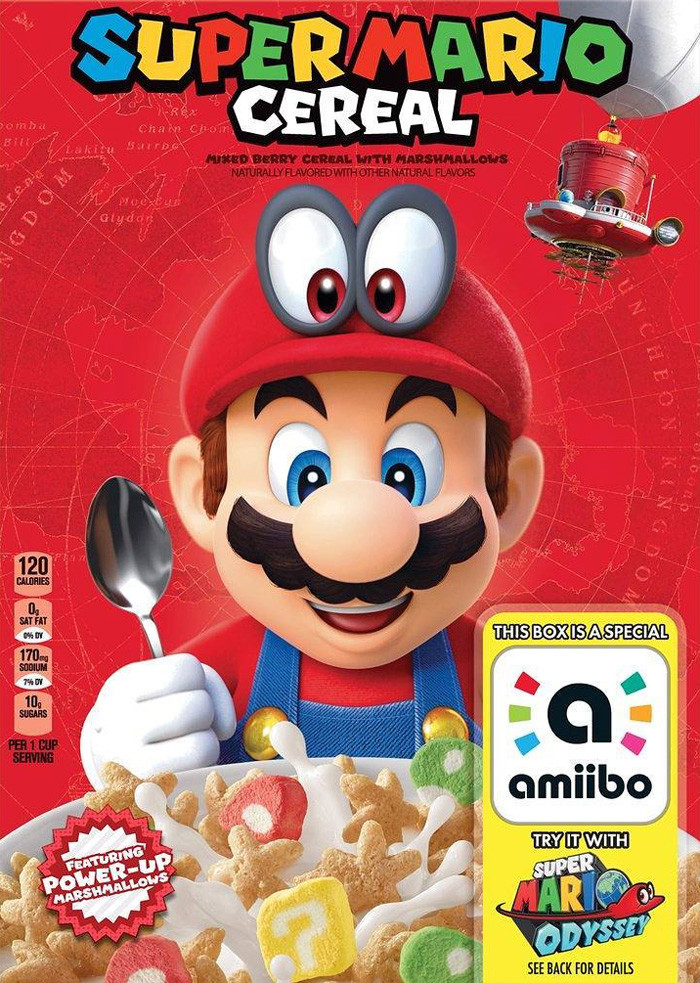 According to a leak published by the breakfast cereal insider blog Cerealously - yes that is actually a thing - it has found some interesting information, in addition to a leaked render of what the Kellogg's box might look like once it hit shelves. Thanks to the spectacular launch of Super Mario Odyssey this year, the themed box will reportedly not only include frosted delights, but a limited number of them will include an Amiibo NFC power-up sticker for the aforementioned game.

Although Cerealously couldn't get a direct quote from the company that is synonymous with breakfast, one of its readers allegedly received this confirmation:

“Fans should keep an eye out for the new Super Mario Cereal, which is hitting store shelves now. This star-shaped cereal features Super Mario-inspired marshmallows, and a limited number of packages will have an Amiibo power-up sticker that can be used on the Super Mario Odyssey game with the Nintendo Switch gaming console.”

If this is, in fact, true, one can expect these to start appearing in your local supermarket, which should be enough to lead to a nostalgia-driven sugar high after you jump into your favorite Super Mario game alongside a bowl of milk-drenched cereal. Just don't forget to stream Stranger Things in the background while you're at it.