We are less than a week away from the official launch of Mega, the successor to the popular, and now shut down Megaupload file sharing website founded by Kim Dotcom. He will be holding what he has already claimed will be a massive launch party for Mega the day before it goes online to the general public at his mansion in New Zealand.

Dotcom has posted up some screenshots of Mega's interface in the past, but today he posted a new screenshot on his Twitter account that shows off what he is calling a "world's first": an interface that will let users accelerate their upload and download speeds on Mega: 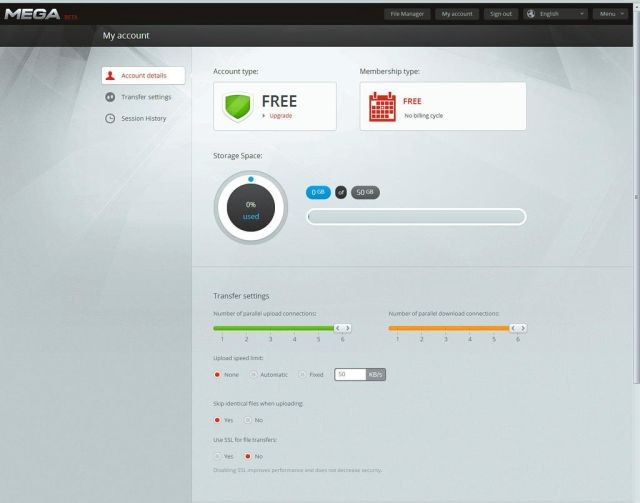 The screenshot itself shows that the interface will allow up to six parallel connections for file uploads, with the same number for file downloads. It also lets users set their own upload speeds, with provisions for locking down those speeds or having Mega's interface automatically set the speeds.

There are also settings in the screenshot that show Mega will let users skip identical files when uploading and also a setting to disable SSL for file transfers. The screenshot claims that disabling SSL will improve performance without decreasing security.

We should learn a lot more about Mega's services, including how much their premium accounts will cost, in the very near future.