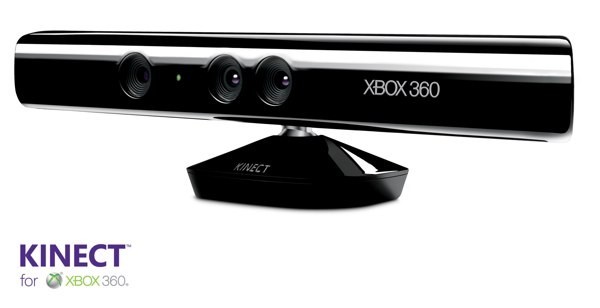 While Microsoft was demonstrating all their upcoming games and electronics, including the new Xbox 360, during E3 2010, one thing in particular struck the audience, that Microsoft never formally announced the price for Kinect.

Up until now, exactly how much Microsoft will sell the Xbox 360 attachment for has remained a mystery and speculation on figures.  However, the Microsoft Store has put Kinect up for sale at $149.99 US, with the opportunity to pre-order it.

Dubbed Kinect for Xbox 360, the controller-free game device is set to go on sale in November. The technology behind Natal is fairly simple, a TV-mounted camera/microphone bar to sense motion, sound and movement. What's new and ground breaking is the tracking of 3D movement as well as 2D movement. The system is also able to scan users faces and sign them into Xbox live, as well as react to vocal tone and pitch, and process this data in real-time.

Microsoft made the news with the grand unveiling of Kinect over a year ago. With over 40 million Xbox 360 consoles on the market, Kinect is expected to sell well across the world and entice non-gamers, young children, mothers and grandparents onto the Xbox 360 in the same way the Nintendo Wii did. Kinect will be available for retail on November 4.

Thanks to Maash for the news tip!