Today, Rockstar Games announced that its critically acclaimed crime-drama L.A. Noire will be heading to gamers on Xbox One, PlayStation 4, and the Nintendo Switch. Not only will fans of the series get the full game, including all DLC, but those who invest in the PlayStation 4 Pro and Xbox One X will get to experience the game in full 4K. 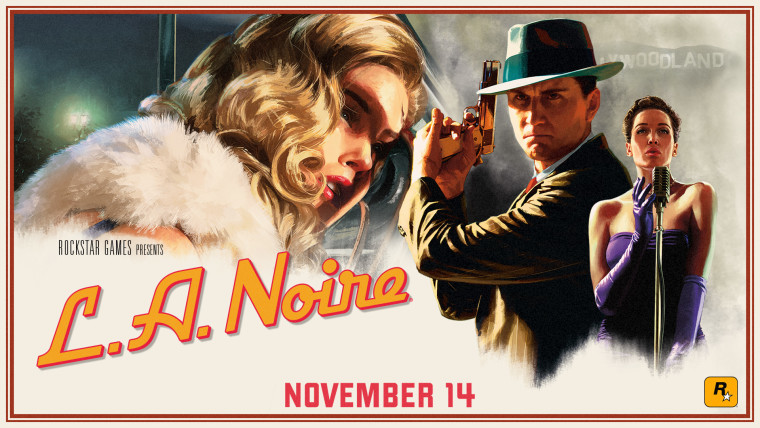 Beyond that, the developer announced that it will launch a VR title called L.A. Noire: The VR Case Files for the HTC Vive headset, which will feature seven select cases from the original game, but modified to be in virtual reality. Notably, this is the first VR title by Rockstar, making this an interesting opportunity to see what the developer has up its sleeves. ﻿

The game is described by the developer as:

Set against the seedy and violent underbelly of 1940’s Los Angeles, L.A. Noire is the story of a decorated veteran and newly minted detective Cole Phelps as he investigates an escalating series of cases inspired by real-world crimes. Each successfully solved case brings Phelps greater success, but also brings him closer to the dark criminal heart of post-war L.A.

Players on Xbox One and PlayStation 4 can also look forward to a fully remastered rendition of the game in 1080p including enhanced lighting and clouds, new cinematic camera angles, high-resolution textures and more.

The original game launched in May 2011 on PC, Xbox 360, and PlayStation 3, and was lauded for its storytelling, and facial animations which set the standard for the industry at that time. The game sold around five million copies by the time the developer stopped supplying figures for it in 2012.

L.A. Noire is slated to launch on November 14 for PlayStation 4, Xbox One, HTC Vive, and Nintendo Switch.

Update: In addition to the complete game including all previously released DLC, gamers can expect new content hidden across the world, such as Golden Vinyls and Novel Covers. The game will come with several additional objectives that will unlock four new suits each with their own unique abilities.