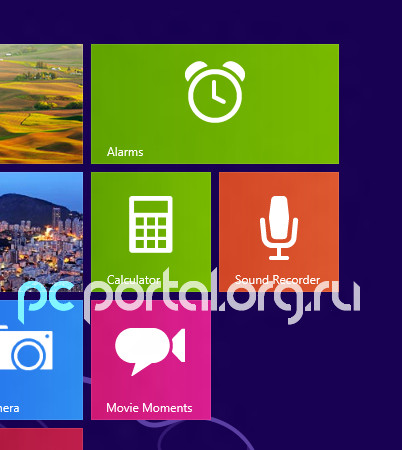 Microsoft is set to release a platform preview of Windows 8.1 in late June, and with that update will come several new bundled apps. In the previous builds of Windows 8.1, the apps had placeholder images for the tiles, but in the latest build, those placeholders have been replaced.

The new icons, seen in the image above, can be seen that will likely be representative, if not the final version, that will ship with the 8.1 update later this year. While certainly not the most exciting news for 8.1, for those of you who have been following the leaks closely, this will begin to complete the puzzle about how the new applications will function.

In addition to these new apps, and a bunch of other features we have already seen, Windows 8.1 is rumored to be bringing the start button (although not the start menu) back to Windows 8.

The retail version of Windows 8.1 is expected to hit RTM in August, and if it follows the same pattern as the Windows 8 release, we should see the platform on retail shelves in the October time frame.