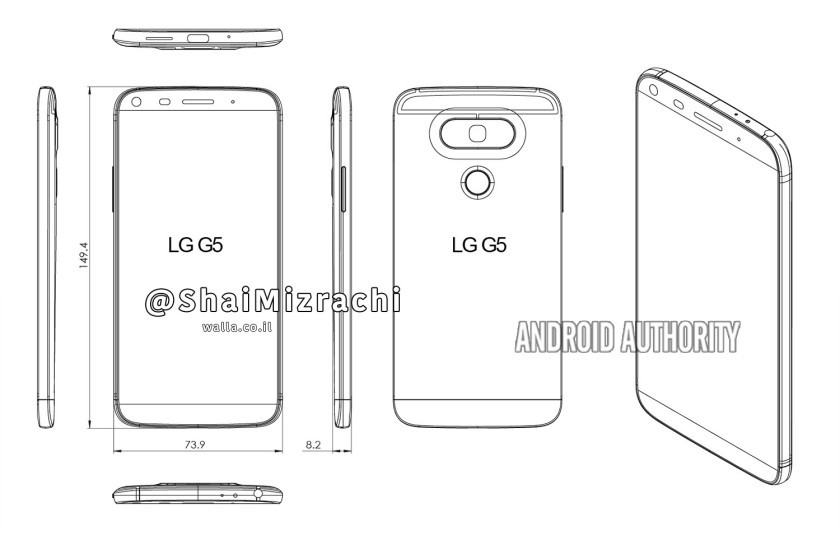 LG's high-end G-series handsets have offered a fairly similar design for the past couple years with very little deviation. Interestingly, a new leak has surfaced, that could see LG going in a very different direction with its next device.

According to Android Authority, the latest handset in the G-series, the rumored G5, will indeed make a design deviation from its earlier counterparts. While the design will be thinner and narrower than its predecessor, the most interesting tidbit from the leak suggests that LG will be relocating the volume rocker from the back to the side of the device.

LG has had a fairly good track record, producing devices with potent specifications, but missing the 'wow' factor due to its mundane designs and use of cheap plastics. While the recently released V10 was a step in the right direction, it looks like LG might attempt to make a heavy impression with the G5 at this year's Mobile World Congress, which will begin on February 22nd and be held in Barcelona, Spain.