Samsung released the much-awaited Galaxy S22 series, of which the most premium model, the S22 Ultra, comes with a dedicated slot for the S Pen, exactly like the Note series. Motorola is another brand that is apparently ready to bring similar note-taking capabilities to its upcoming Edge 30 Pro smartphone by adding pen support, according to renders shared by serial leaker Evan Blass.

The leaked renders showcase the Motorola Edge 30 Pro in a folio case. Not only that, but the renders also suggest that it'll come with pen support, and housing it will be the folio case. Interestingly enough, previous rumors suggested that the pen support and the folio case would be exclusive to the Edge 30 Ultra model. The latest leak, however, appears to be taking issue with the previous rumors in this regard. 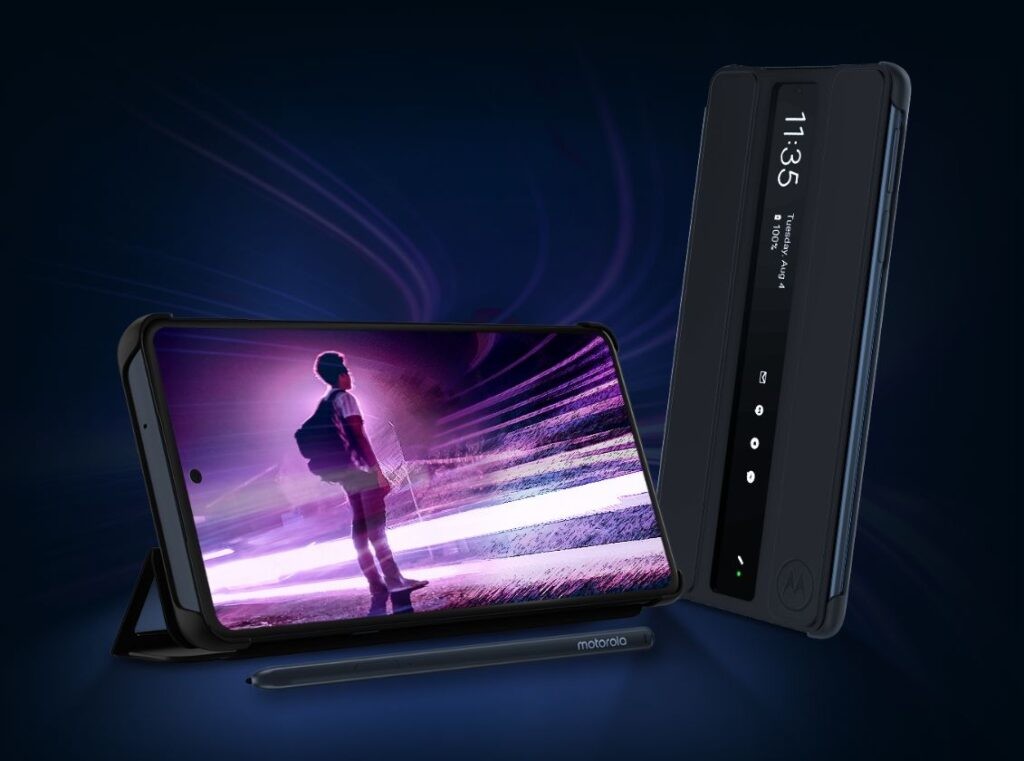 According to various sources, the upcoming Edge 30 Pro will be similar to the Moto Edge X30, launched in China at the end of the last year. In fact, the Edge 30 Pro is expected to be the global variant of the X30 pro handset.

Other details such as pricing and availability are not yet known. However, the fact that Edge 30 Pro has pen support makes it a direct competitor to the Galaxy S22 Ultra. And we'll be able to tell which of the two performs better after the reviews are out.

Meanwhile, you can check out the expected specifications of the smartphone below.

Motorola Edge 30 Pro is expected to be powered by a Snapdragon 8 Gen 1 processor coupled with 8GB or 12GB of RAM. The smartphone could offer 128GB or 256GB of internal storage, depending on which model you choose. Other features might include a triple rear camera, a 5,000mAh battery with support for 60W fast charging, a 60MP selfie camera, a screen refresh rate of 144Hz.

The Lenovo-owned Motorola is preparing the Edge 30 Pro for a launch on February 24.