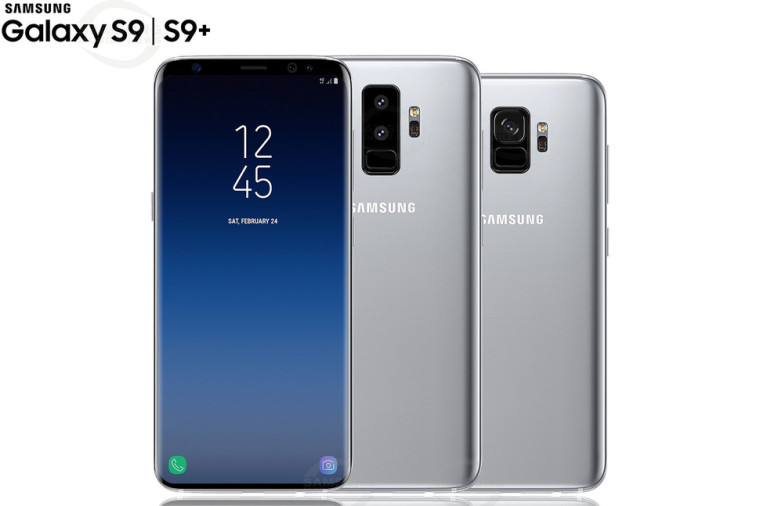 Samsung has been busy working on its next flagship devices, the Galaxy S9 and Galaxy S9+, per previous reports. While some rumors hinted that Samsung may launch the new devices ahead of its schedule, possibly at CES next month, the company has confirmed it has no plans to launch the handsets earlier.

Earlier this week, a Weibo user uploaded screenshots of Samsung's Health app, highlighting﻿ instructions on how to use the heart rate sensor on a device. Although the screenshots were removed by the user, they showed us a Samsung device unlike any currently available in the market.

Based on the leaked information, SamsungMobile.News came up with press renders of the alleged Galaxy S9, giving us a glimpse of how the handset may look like when it launches next year.

It can be seen from the renders above, which are based on the in-app image posted on Weibo, that Samsung may reposition the camera sensor as well as the heart rate monitor in the upcoming flagship devices. The dual-camera setup is also vertically-arranged with a fingerprint sensor just below it.

So far, the rumors have suggested that the Samsung Galaxy S9 is expected to ship with a 5.8-inch QHD+ Super AMOLED, 4 or 6GB of RAM, and 64 or 128GB of internal storage. Other specifications may include a 12MP camera with f/2.4 aperture, an 8MP front-facing camera, an iris scanner, a fingerprint sensor, and a 3,100 mAh battery with support for Quick Charge 2.0. On the other hand, the bigger Galaxy S9+ is expected to come with a 6.2-inch display and a slightly larger 3,600 mAh battery.

Both devices are expected to come with a Snapdragon 845 processor in the U.S. and Samsung Exynos 9810 internationally, possibly in March next year.