Amongst other companies, Lenovo, Toshiba and Vizio have confirmed they'll be debuting a number of new tablet devices to compete against the likes of Apple's iPad in the new year at the world's biggest consumer electronics show, CES 2011.

Lenovo will reportedly debut two tablets at the event, PC World says, with one thought to be the LePad which was shown off last year but has since been plagued by delays. The tablets will reportedly sell for "multiple price points," and will likely run a customised version of Android, Google's open source mobile operating system.

Meanwhile Toshiba has revealed to Engadget their own new 10.1" tablet, which will run a future edition of Android to be dubbed "Honeycomb" and features a front and back-facing camera with 2mp and 5mp resolutions respectively, 1280 x 800 resolution display, an accelerometer and ambient light sensor (like on the iPad). The tablet also boasts a USB, HDMI, mini-USB and SD card slots, and has a rubberised "EasyGrip" backing which can be swapped and taken off to reveal the insides of the tablet, allowing the battery to be changed. 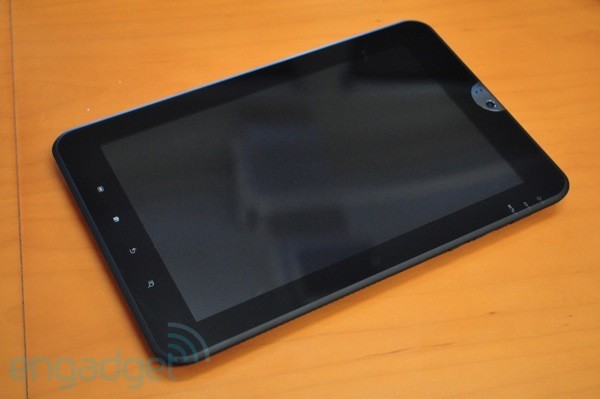 Toshiba's tablet will also be the first to make use of NVIDIA's dual-core Tegra 2 mobile processor, and weighs 1.7-pounds. Pricing for Toshiba's tablet is yet to be revealed, but it's thought the device will ship in the first half of 2011, when Google makes the "Honeycomb" update official.

And Vizio, a large American LCD television manufacturer, has revealed they will be making their way into the tablet arena with a new tablet dubbed the Via Tablet which features an 8" screen, Wi-Fi connectivity, a front-facing video camera and three speakers. The tablet will, like Toshiba's device, run Android although it's unclear at this stage whether it will be the as yet unreleased Honeycomb edition or a currently available version. Pricing will be revealed closer to the tablets release. 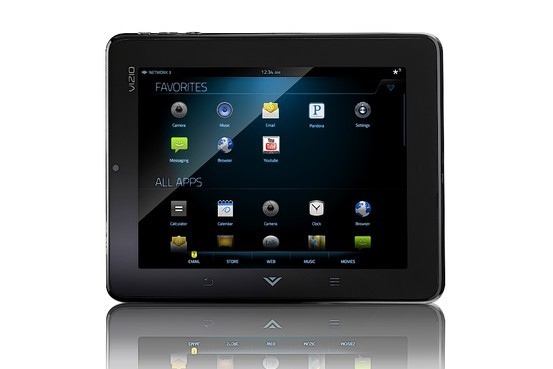 Vizio has also confirmed they'll be launching their first phone alongside the Via Tablet, to be called the Via Phone. It will be two times smaller, with a 4" screen and will feature two cameras - one on the front for video calls, and the other on the rear of the device for use as a camera of video recorder with a resolution of 5 mega-pixels.