Announced earlier this year, the LG G Watch is one of the first devices to be launched with Google’s Android Wear, which provides a common software platform for smartwatches and other wearables. Priced at around $229, the device is available to buy now – but some of those who have already purchased it have been reporting some unusual issues in recent weeks. 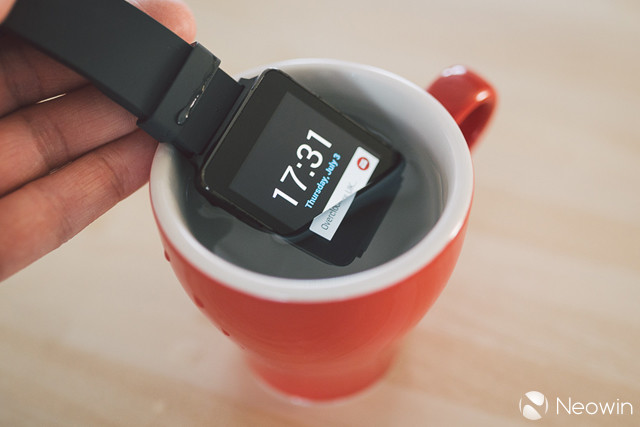 As Android Police reports, there have been numerous complaints about two sets of problems: some owners have reported difficulties with charging the device, noting unusual discolouration on the charging pins, found on the underside of the watch; and some users have also reported ‘feelings of discomfort’ while wearing the watch, as well as skin irritation and, in rare cases, ‘burns on their skin’.

As it turns out, these two sets of issues share a common cause. LG designed the watch in such a way that there was a constant electrical current running through the metallic charging pins, even when it wasn't charging. The sweat on the arms of users was acting as an electrolyte, facilitating the process of galvanic corrosion on the pins, causing the skin issues that some people described, and resulting in the problems that some reported when trying to charge the device.

LG and Google have, to some extent, acknowledged the issue, and LG is pushing out an over-the-air update to all G Watch units to change the way that the charging pins behave. Once installed, the update will completely disable the electrical current flowing through the pins when the watch is not charging.

In a statement to a customer, an LG representative said that the recent issues were “completely safe and unlikely to affect charging”, adding: “We thank G Watch users for their patience and apologize for any inconvenience this may have caused.”