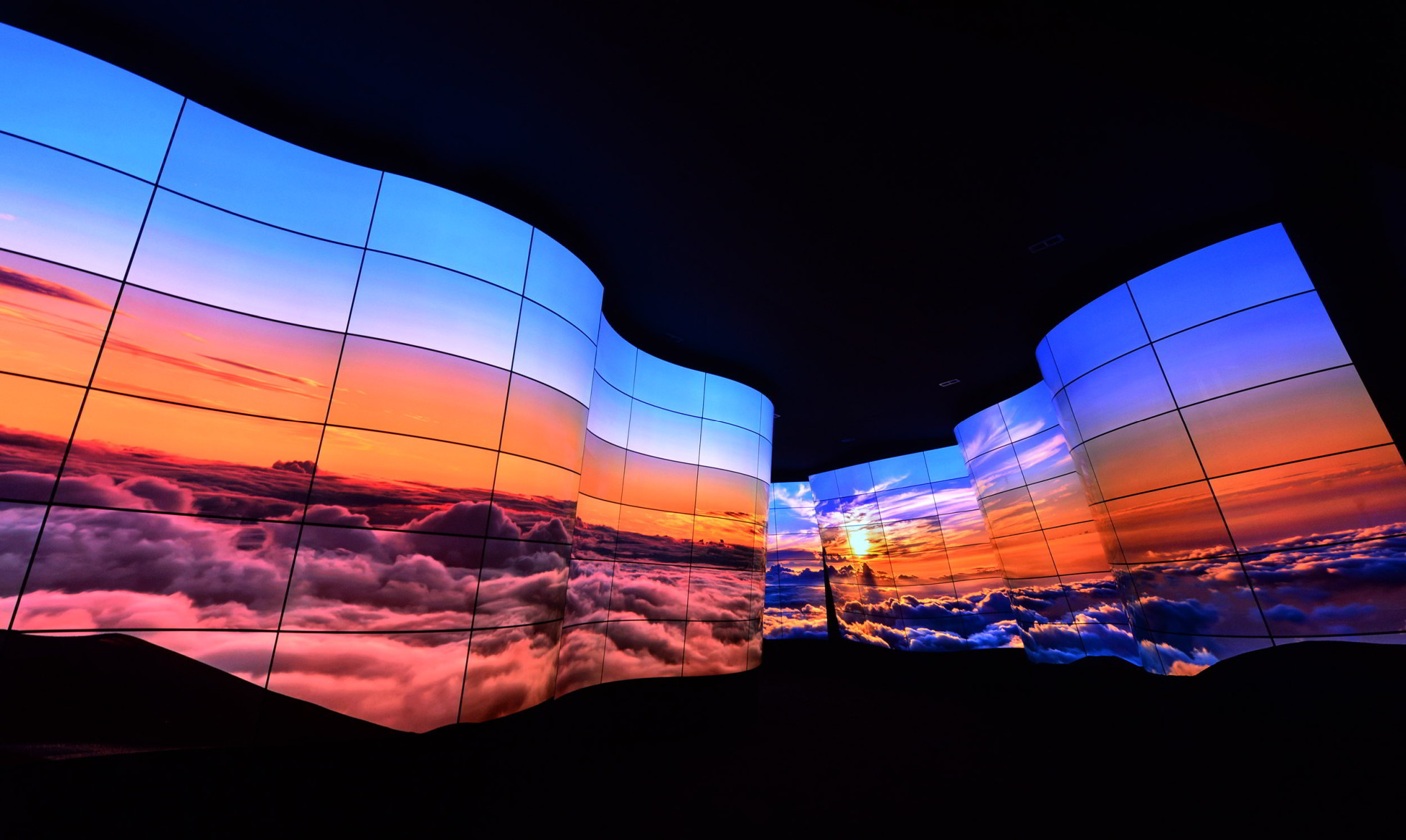 CES is a great time to look at the tech that is coming to consumers sometime down the road. But occasionally, you are graced with something that won't go on sale at Walmart, but still looks really cool. LG offered that this year at its booth with its OLED Canyon. 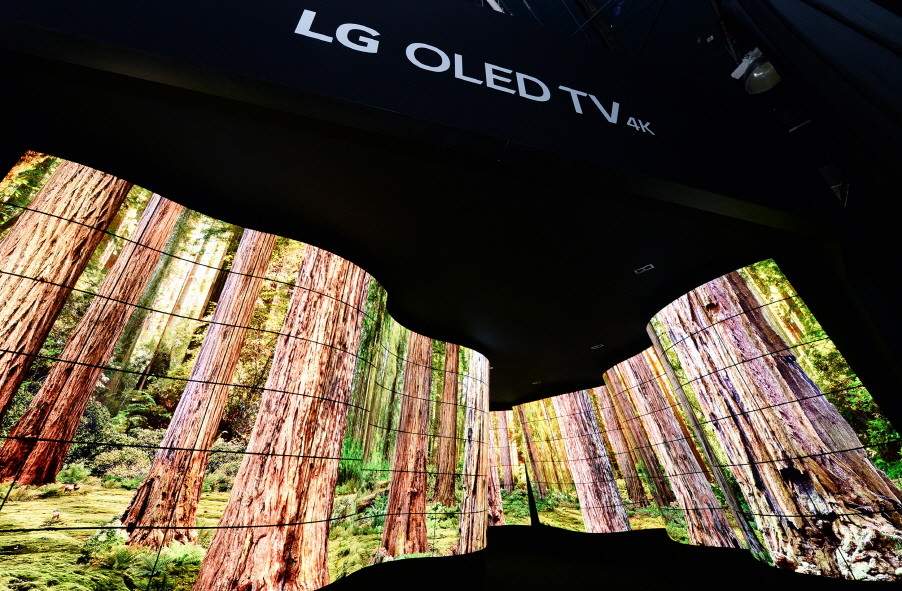 The Canyon is 92 feet long and composed of 246 LG Open Frame OLED 4K UHD displays - in concave and convex configurations - offering more than two billion pixels of color. Pieced together, they give you a cinematic feel with waterfalls, forests or just colorful visual displays. The experience was enhanced by Dolby Atmos audio, found in LG's consumer OLED displays. 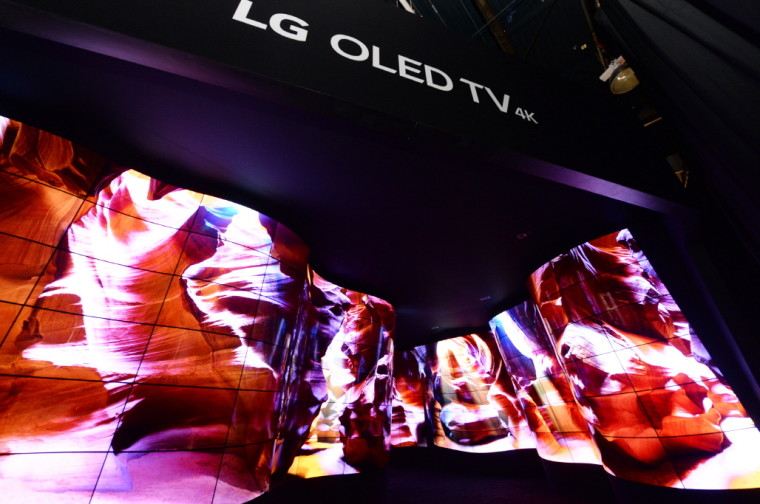 LG isn't specifically marketing this as a product, but says that businesses could use it for office buildings as "a work of art or functional digital signage."

The company used the Canyon to entice visitors into its booth to show off its wide range of new TVs and displays. It did show off the first rollable TV and a rather large lineup of OLED and UHD displays similar to those in the Canyon. 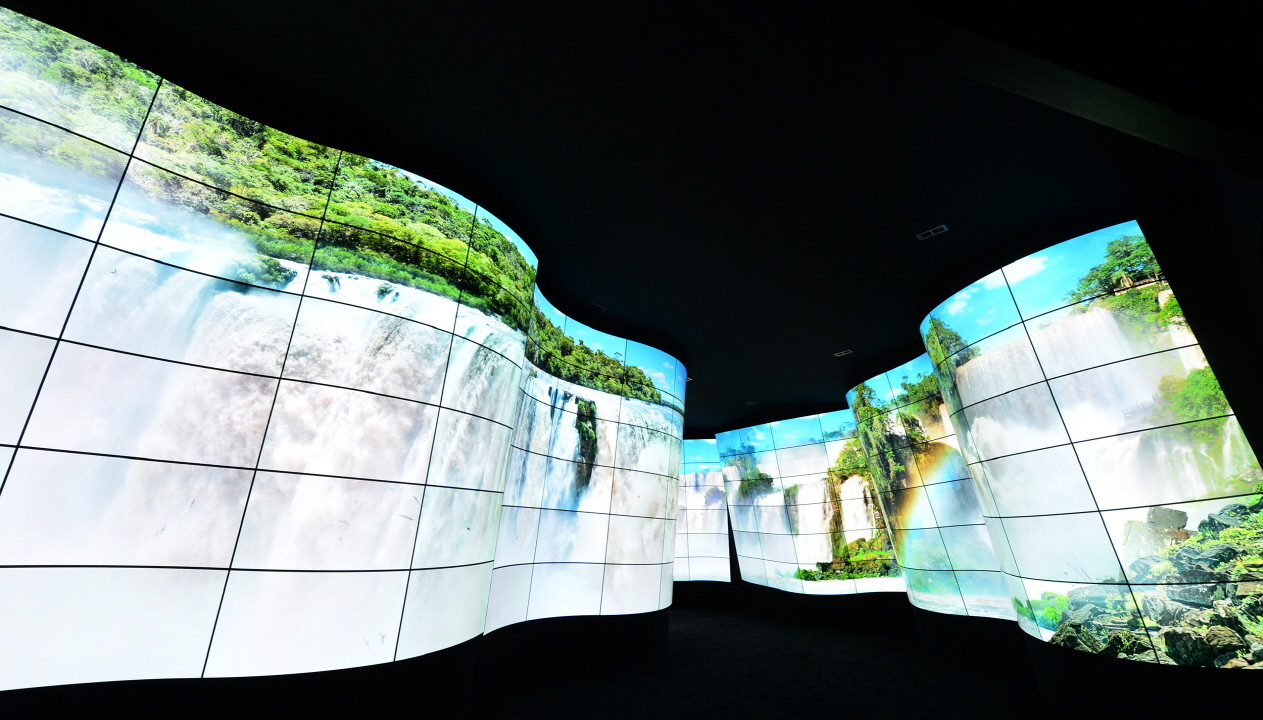 While their lineup was impressive, the Canyon really catches your attention.