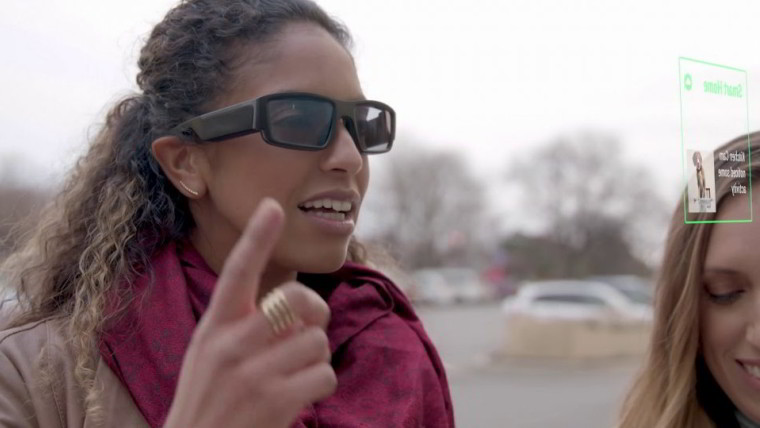 Ever since Google Glass, companies have been pushing to make a better pair of smart glasses. It appears that developer Vuzix may have hit on the right idea with a pair that could pass as a normal pair of sunglasses.

The Vuzix Blade is designed to be an average pair of sunglasses, capable of adding prescription lenses. Hiding within the three-ounce frames, however, is a quad-core ARM CPU, and an 8-megapixel camera boasting 1080p video capabilities. And, one of the more interesting additions to the glasses is the Alexa smart assistant, accessible through a noise-canceling microphone.

The smart glasses run off Android, and the company is offering developers early dev kits for $495 down and an additional $1,500 upon delivery. The good news for consumers is that the retail version will only run $1,000.

"What differentiates the Vuzix Blade from all existing or proposed AR smart glasses and mixed reality head mounted computers, is that it’s built for today’s user," Vuzix President and CEO Paul Travers said in a press release. "With a fashionable form factor, a brilliant display, and a broad range of features that allow the user to experience AR at work or play, the Vuzix Blade is the first pair of smart glasses that people would actually enjoy wearing." 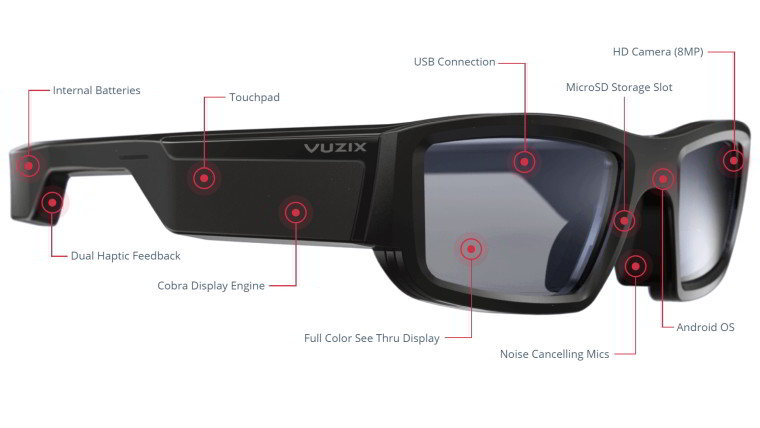 Here's a look at just what the sunglasses have behind the lenses:

Given that most current VR headsets run in the $400-$600 range, $1,000 for these babies is a bit pricey. Yes, you are playing for a sleeker form factor and a somewhat more stylish look, but unless you've got that much money to burn, you may need to hope for a sale once the eyewear becomes available sometime later this year.