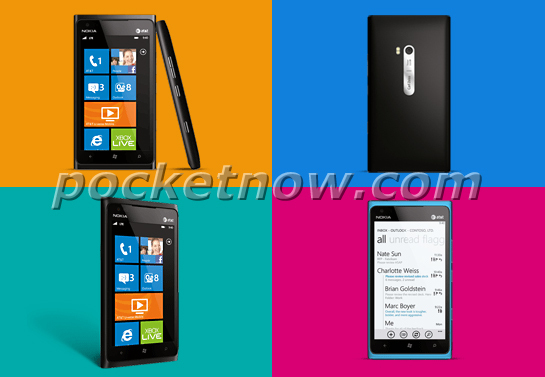 While the phone still has yet to be announced by Nokia, there are now some real and official images of the Lumia 900. Pocketnow.com managed to get the images ahead of Nokia's press conference which is scheduled to take place later today at CES 2012 in Las Vegas.

As you can see from the images, the Lumia 900 (also known in some circles as the Nokia Ace) looks a bit similar, at least on the chassis side, to the Nokia N9 and of course the Lumia 800 which launched in parts of Europe in November 2011. The images also confirm that AT&T will be the wireless carrier for the smartphone.

It looks like the Lumia 800 might actually not be released here in the US after all if Nokia is going to promote its successor at CES. As we have reported before, the first Nokia Lumia Windows Phone-based smartphone will be the Lumia 710 which will launch on Wednesday via T-Mobile.

We'll be at the Nokia press event at 3 pm Pacific time today at CES to give you all the details.