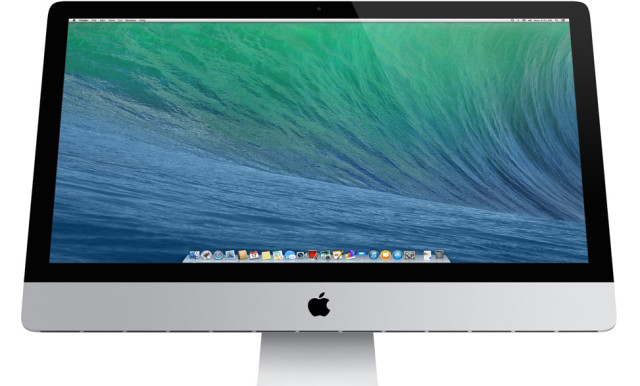 There was a plethora of announcements from this year's WWDC and, aside from unveiling iOS 8, the most notable was the announcement of the redesigned OS X 10.10 'Yosemite.' It has been reported by MacBidouille that the developer preview of 'Yosemite' includes information pertaining to resolution scaling for iMacs using Retina Display technology.

The information in the file shows that the resolution is maxed out at 6400 x 3600 pixels (3200 x 1800 for Retina Display) for the unconfirmed addition to the iMac family. According to MacRumors, the machine was first spotted in the OS X 10.9.4 beta, but this latest discovery shows that support for the iMac with Retina Display is indeed included in 'Yosemite.' Apple has been rumored to be working on an iMac with Retina Display since the release of the similarly equipped MacBook Pro back in 2012. If the rumor is true, the company could offer options similar to the MacBook Pro, which includes models both with and without Retina Displays.

It would be strange for Apple not to announce such an anticipated update for the iMac, but it is a possibility that the company could roll out an iMac with a Retina Display without a formal unveiling like when they recently updated the MacBook Air's hardware.