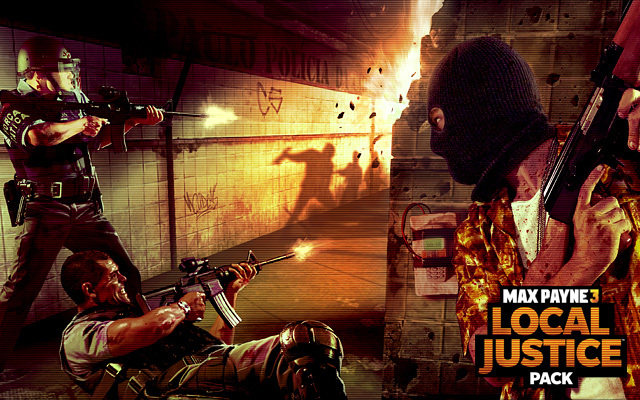 Max Payne 3 is yet another big sales hit for Rockstar Games. The third game in the grim and gritty third person shooter series sold over three million copies in May, before the PC version was released earlier this month. Today, Rockstar announced the first details for the game's upcoming Lone Justice DLC pack.

Lone Justice will be released for the PC version of Max Payne 3 on July 17th. At first it will sell for $4.99 but after its launch week, the price will go up to $7.99 (the Xbox 360 and PS3 versions will get the DLC on July 3rd). It will contain three new multiplayer maps. One is the 55th Battalion HQ, which will support all of the game's multiplayer modes. Two other new maps, Imperial Palace and Departure Lounge, will support the Deathmatch, Team Deathmatch and Payne Killer modes.

If you missed out on paying for Max Payne 3 before it was released, Rockstar has also announced that all of the pre-order and retail extras will become available as paid downloadable items when the Lone Justice pack is released. It includes: