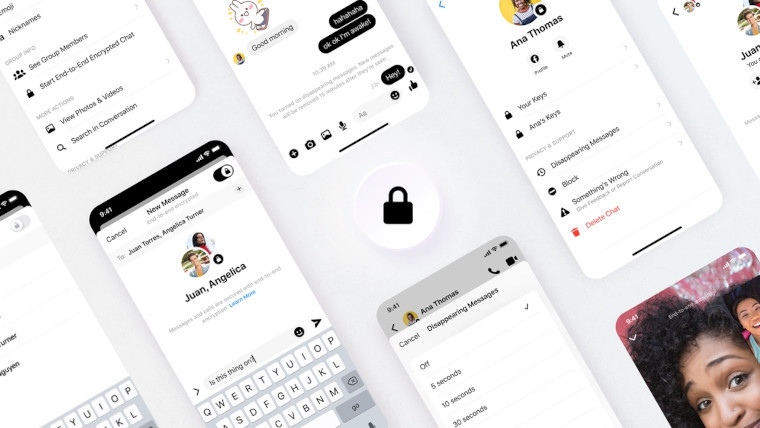 Facebook has begun the rollout of end-to-end (E2E) encrypted voice and video calls, which it has been testing for a while, on its Messenger service. Messenger already provides E2E encryption on any written messages you send but this latest update will help secure the audio and visual aspect of your communications. Also included in this update are revamped controls for disappearing messages so users have a greater choice over how long they’d like their messages to stick around for.

To be clear, Facebook doesn’t encrypt your normal messages, instead, you need to tap the ‘i’ in the current chat and press ‘Go to secret conversation’; any messages sent there are encrypted. From today, these secret conversation windows will come with a call option and a video option, you must select these items from a secret conversation to benefit from the E2E encryption.

Facebook launched secret conversations five years ago but due to COVID-19, it has seen an uptick in the number of audio and video calls being made. For this reason, it decided it would be worthwhile offering these services from the secret conversation window to give users greater privacy and help people gain more trust in the Facebook brand.

Disappearing messages is another option unique to secret conversations. With today’s update, users will be given greater choice over how long they’d like to have a message stick around; you can now choose to have messages disappear from anywhere between five seconds and 24 hours.

In coming updates, Facebook will enable end-to-end encrypted group chats and calls in Messenger as well as opt-in end-to-end encryption for Instagram DMs. Some users may see these options before they’re released publicly and could begin showing up in just a matter of weeks.