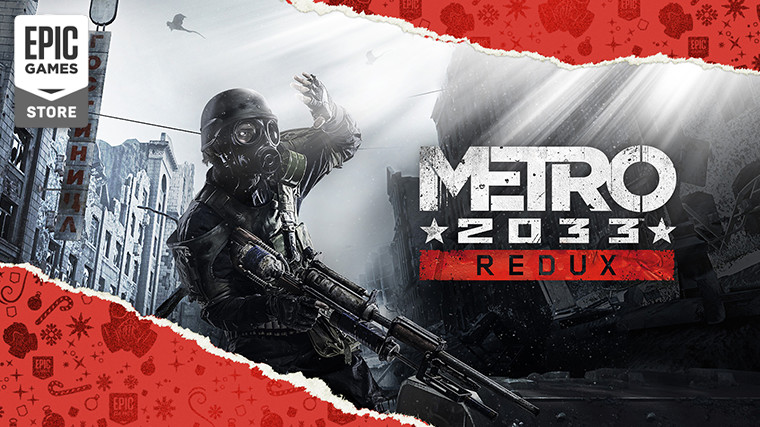 The Epic Games Store's daily giveaway march carries on as its sixth offer brings Metro 2033 as the latest freebie, replacing yesterday's Alien: Isolation. Those who have been following these giveaways for a while may find a copy of the title already in their Epic Games library, as the game has been given away in the past, specifically in September 2019.

The 4A Games-developed first-person shooter puts players into the post-apocalyptic ruins of Moscow. Civilization has moved to the underground metro tunnels to survive against the radiation and mutated beings. The title offers both stealth and action gameplay as well as immersive elements such as different grades of bullets, needing to charge equipment manually, and keeping track of gas mask filters, among other features.

As this is the Redux release of Metro 2033, it carries engine improvements from its sequel Metro: Last Light, bringing enhanced AI, controls, animation, weapon handling, and more. Epic Games Store is offering Metro 2033 for Windows, but it's also available on macOS and Linux via Steam, where it can be picked up currently for $19.99.

The minimum requirements are as follows:

Metro 2033 is free to claim on the Epic Games Store until tomorrow, December 23, at 11AM ET. The store's holiday sale and the unlimited $10 coupon offer is still ongoing alongside the freebies.