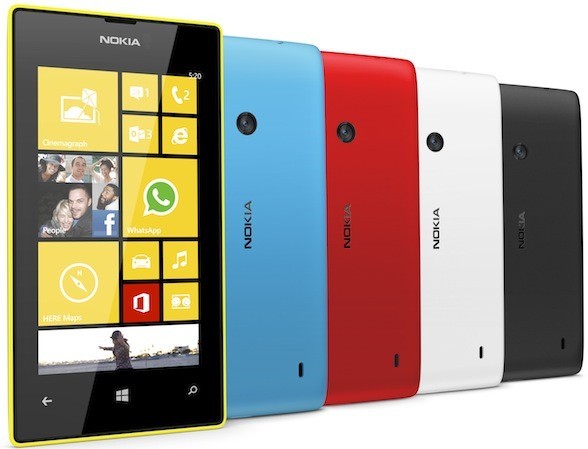 Microsoft isn't exactly the clear cut winner of the smartphone wars, but there are strong indications that the company's efforts are bearing fruit. Nokia recently announced that they have seen a substantial increase in Windows Phone sales during the last quarter and some research companies are claiming Microsoft's platform is growing even faster than Android.

As such it's pretty obvious that both the Redmond company and Nokia are trying to keep this momentum and gain more marketshare. As Reuters reports, the recently launched Lumia 521, known outside of the US as the Lumia 520, is a perfect example of Microsoft's and Nokia's strategy.

Both companies are going after the low-end segment of the market, a segment that is split between feature phones and cheap Androids. By bringing higher quality devices to lower price points the Windows Phone group is trying to out-maneuver Android and replace it as the de facto ruler of this market segment.

And so far this strategy seems to be working. India, China , South America and other developing markets are much quicker to adopt Windows Phone that other competing systems due, in large part, to an excellent money/quality ratio.

Even markets such as North America, that have proven extremely difficult for Microsoft and Nokia, seem to be responding well to this strategy. The Lumia 521, that launched last week at HSN is a 4" Nokia smartphone that sells for just under $150, and has already sold out. In the following days the 521 will also launch at Walmart giving Microsoft and Nokia even broader reach and driving this low-end adoption rate even higher.

Both Nokia and Microsoft have always relied on volume, so one might argue that only now are they actually starting to compete in the market; and as they have proven before this "focus on the low-end" strategy might be the winning one.

Via: Reuters | Image via Nokia