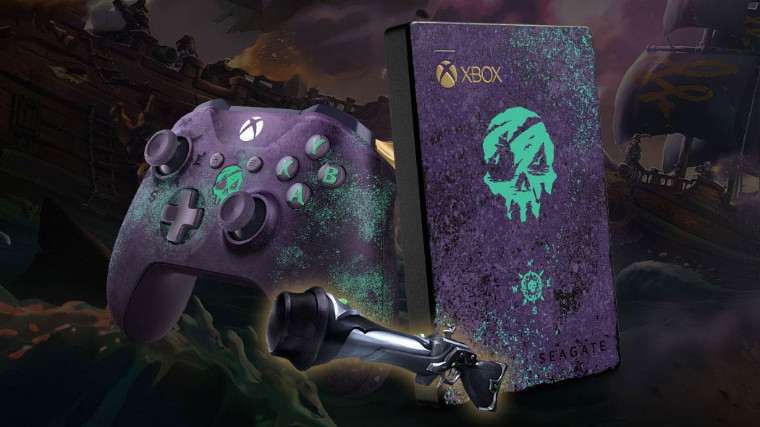 Back in December, Microsoft announced a brand new limited edition Xbox One controller themed after the upcoming pirate adventure game, Sea of Thieves, and as of today, the controller is available for purchase. But now, the company has gone a step further to announce that it has partnered up with Seagate and Controller Gear for some more thematic accessories.

Up first is the Seagate Special Edition Sea of Thieves 2TB portable hard drive that comes bearing the same purple and cyan color scheme of the controller as well as the iconic skull that glows in the dark. The drive also comes with an exclusive in-game weapon skin for sprucing up the shotgun - The Midnight Blunderbuss - and a one-month Xbox Game Pass subscription code.

The game itself is set for launch on March 20 for Xbox One and Windows 10, featuring Xbox Play Anywhere functionality, cross-play, and it will also be part of the Xbox Game Pass program at launch.