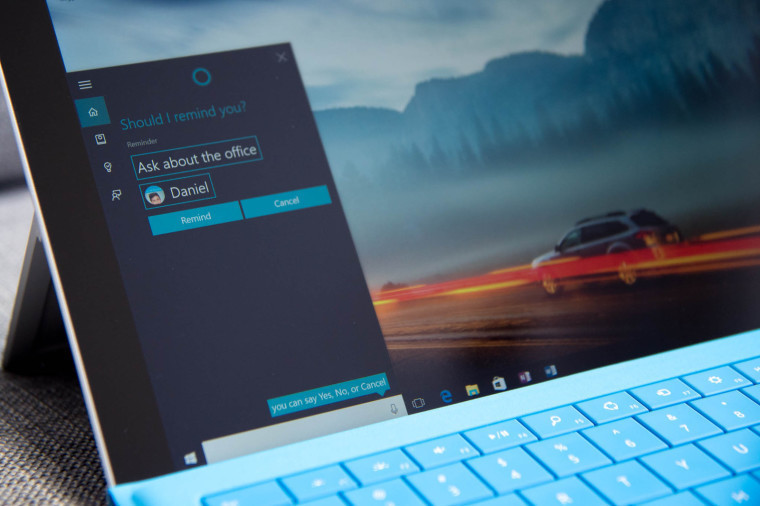 Since its inception, Microsoft has been working on making its virtual assistant smarter and more human. With the Anniversary Update, the company will be taking huge steps in realising that dream.

A large part of making an assistant efficient is accessibility and, to that end, Microsoft has now embedded Cortana right on the lock screen so you can simply pick up your device and start giving voice commands.

Another part of the experience is natural language and this is where Microsoft is really putting all of its chips in. With extensive research on natural language, artificial intelligence, and how to combine the two, Microsoft is working on creating bots and other programs - like its doomed Tay - that will allow machines to converse naturally with humans.

And, through the benefits of that research, the company is banking on making Cortana a much more natural fit into your daily life. While some of these improvements may not be entirely apparent or readily available in the near future, they will, over the long term, come a long way in making Cortana a true digital alternative to a personal assistant.

A result of this, which will soon be available in upcoming builds, is Cortana's ability to parse through your information - such as email and calendar appointments - and intelligently create links. For example, Microsoft's Marcus Ash demoed Cortana reading an exchange regarding flight details from his email and then automatically creating an appointment in his Outlook application for the flight in question. In order to prevent confusion and on the off chance that Cortana makes a mistake, these appointments are also helpfully tagged as being created by Cortana.

Microsoft has already done some work to this effect previously but this update brings it on par with a similar feature already found on Google Now.

The last new improvement in making Cortana more accessible has to do with extensibility, allowing third-party developers to feed Cortana their own data and suggestions based on the context. For example, Cortana can automatically suggest the option to book a restaurant after seeing a lunch date on your calendar, and then link a user to the relevant application, even filling out information like number of people without any input from the user.

With all these, and more improvements, Microsoft is working to make Cortana even more productive and efficient than it already is by concentrating on improving the interactions between her and the user and making her more proactive and performing tasks without requiring excessive input from the user.