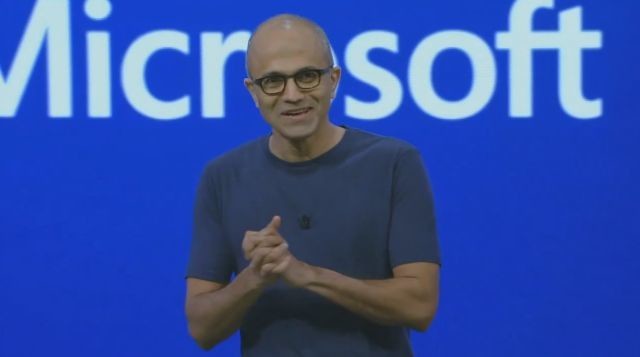 Microsoft will hold its regular quarterly financial conference call with analysts on Thursday afternoon at 5:30 pm Eastern Time (2:30 pm Pacific Time). The event will be even more interesting than normal because it will feature company CEO Satya Nadella alongside his chief financial officer Amy Hood.

The scheduled appearance of the company's CEO in a financial conference call is unusual for Microsoft. When he was leader, Steve Ballmer rarely attended those events and let his financial officers take the lead and field questions. The fact that Nadella will be showing up and, presumably, taking part in the Q&A portion of the event is a departure from the norm.

Nadella has been making quite a few public appearances lately. He made his first press conference appearance as CEO in late March when Microsoft announced Office for iPad. Earlier in April, Nadella spoke during the final part of the BUILD 2014 keynote address.and last week he also attended the company's "Big Data" press event.

Microsoft will hold its financial conference call about 90 minutes or so after it is scheduled to reveal its results for the January-March calendar quarter, which falls in Microsoft's fiscal third quarter of 2014.