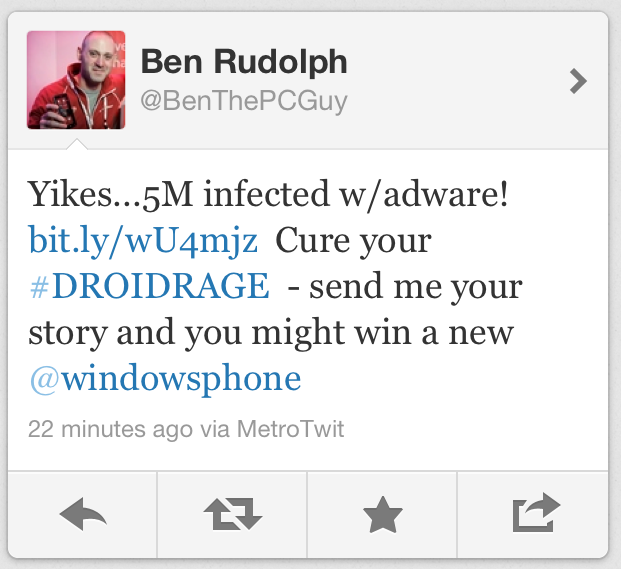 This time around Ben is targeting those who have had malware on their Android device. This is, of course, another marketing stunt by the company but after the success of ‘smoked by Windows Phone’ campaign that was run during CES, it shouldn’t come as a surprise that Microsoft is continuing its anti-Android tactics.

The hashtag for the promotion is #droidrage and it is seeing quite a bit of activity. Most users are complaining about applications that when installed either add unwanted widgets to their phone or cause the device to crash.

Microsoft has been pushing Windows Phone at every turn as it attempts to come from behind. The platform has been receiving generally positive reviews and with the addition of Nokia products, Microsoft has been edging back in to the marketplace.

Will the Droid rage mini-campaign pay off? If nothing else, it creates a quick buzz on Twitter for Windows Phone at a relatively low cost. Besides, it’s always fun to see one corporate giant sling mud at another, isn’t it?