Microsoft's design for its Surface RT and Surface Pro tablets have received a lot of praise and Microsoft went through a number of prototypes before it settled on the final case. This week, the US Patent and Trademark Office posted up word on its website that Microsoft has been granted a patent on its Surface case. 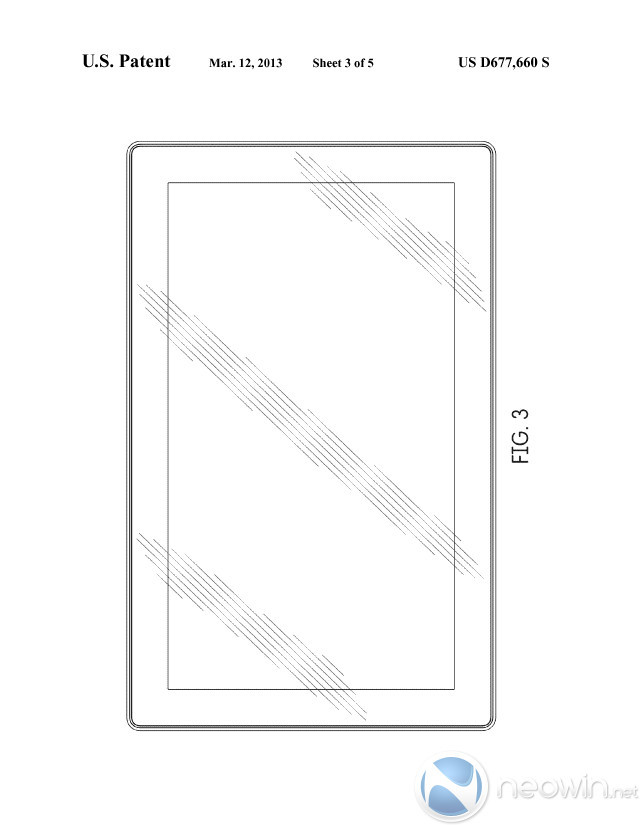 The listing shows that the patent for the design was actually filed with the patent office on May 12, 2012, about a month before Microsoft officially revealed the Surface in June 2012. You can check out some other images from the patent application below. One of those drawings includes the built in kickstand that is one of the signature elements of the tablet.

In addition to the Surface design patent, Microsoft was also awarded a number of other patents in the US this week for the Surface's UI design, along with patents related to the Windows Phone 8 UI this week. Microsoft clearly wants to protect the design of its new tablet against competitors and as we saw earlier this month, at least one Chinese PC maker is attempting to launch a clone of the Surface Pro tablet.

Source: US Patent and Trademark Office | Image via Microsoft
Via: Patent Bolt 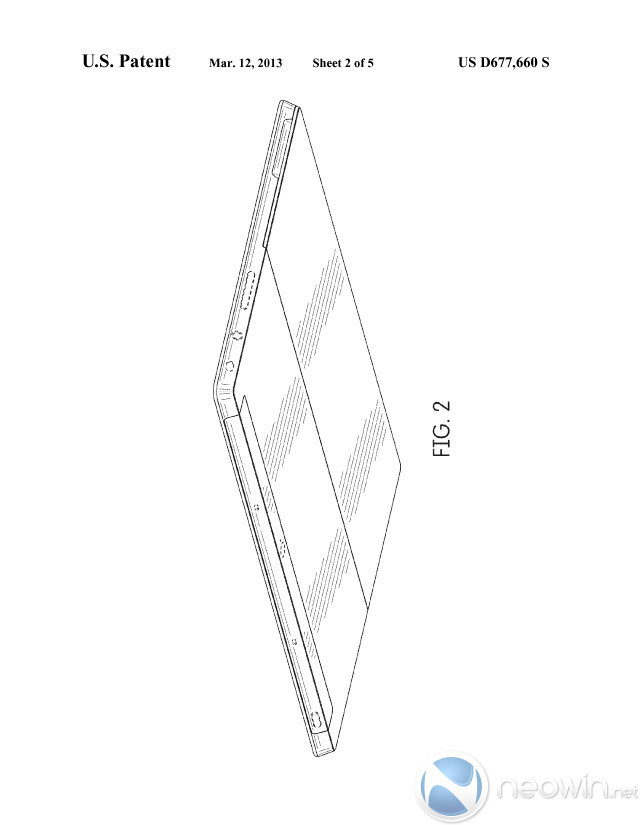 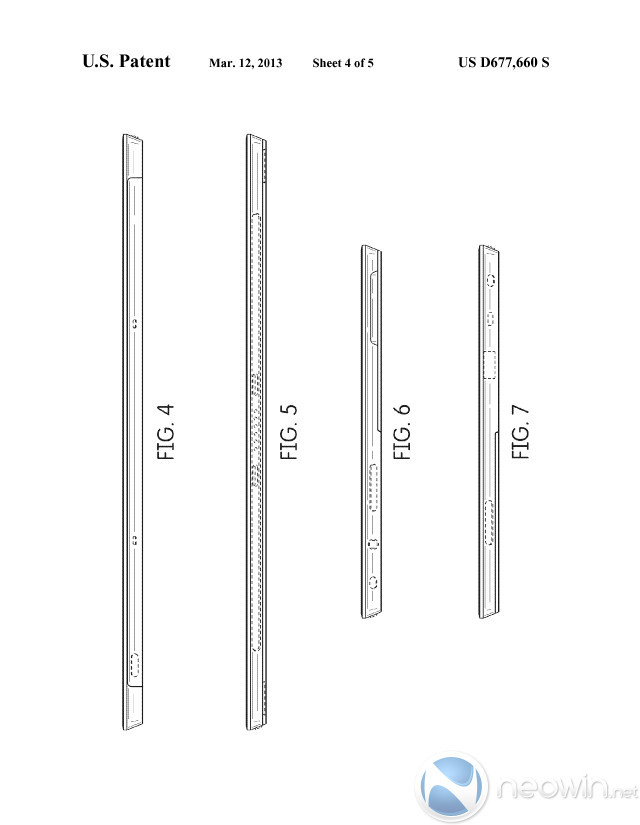