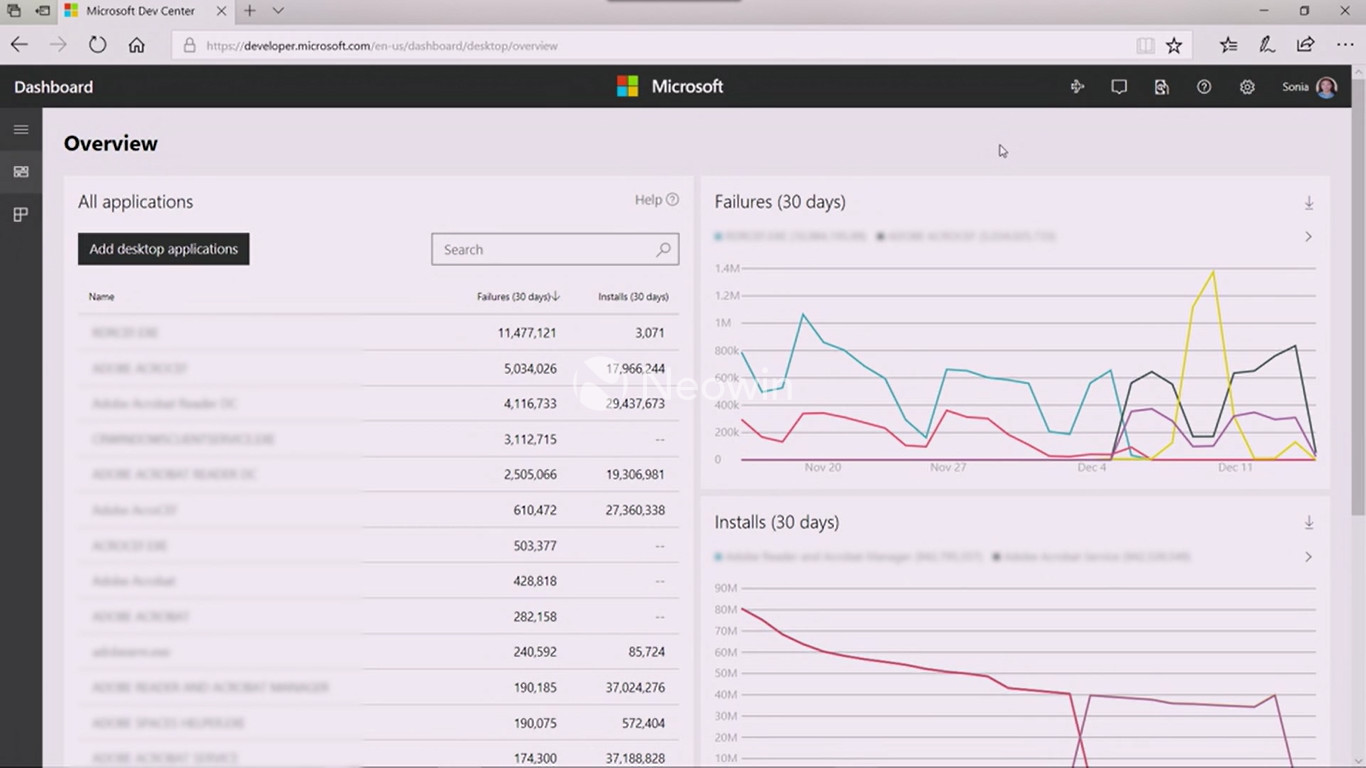 In a blog post this Tuesday, Microsoft announced the new Windows Desktop Program, which is an online developer tool designed to streamline the processes of obtaining detailed analytics about application performance and debugging desktop apps.

As can be seen from the screenshot above, once at the Dashboard, developers have access to an overview of the performance of added EXE files and the option to add more files to be tracked. The process of adding new files involves downloading an unsigned file and signing it with the same certificate used to sign one's desktop applications, followed by the upload of the signed file to the portal. This allows Microsoft to map the code-signing certificate to the telemetry collected on all applications with the same certificate, making it easy to track multiple EXE files at once. 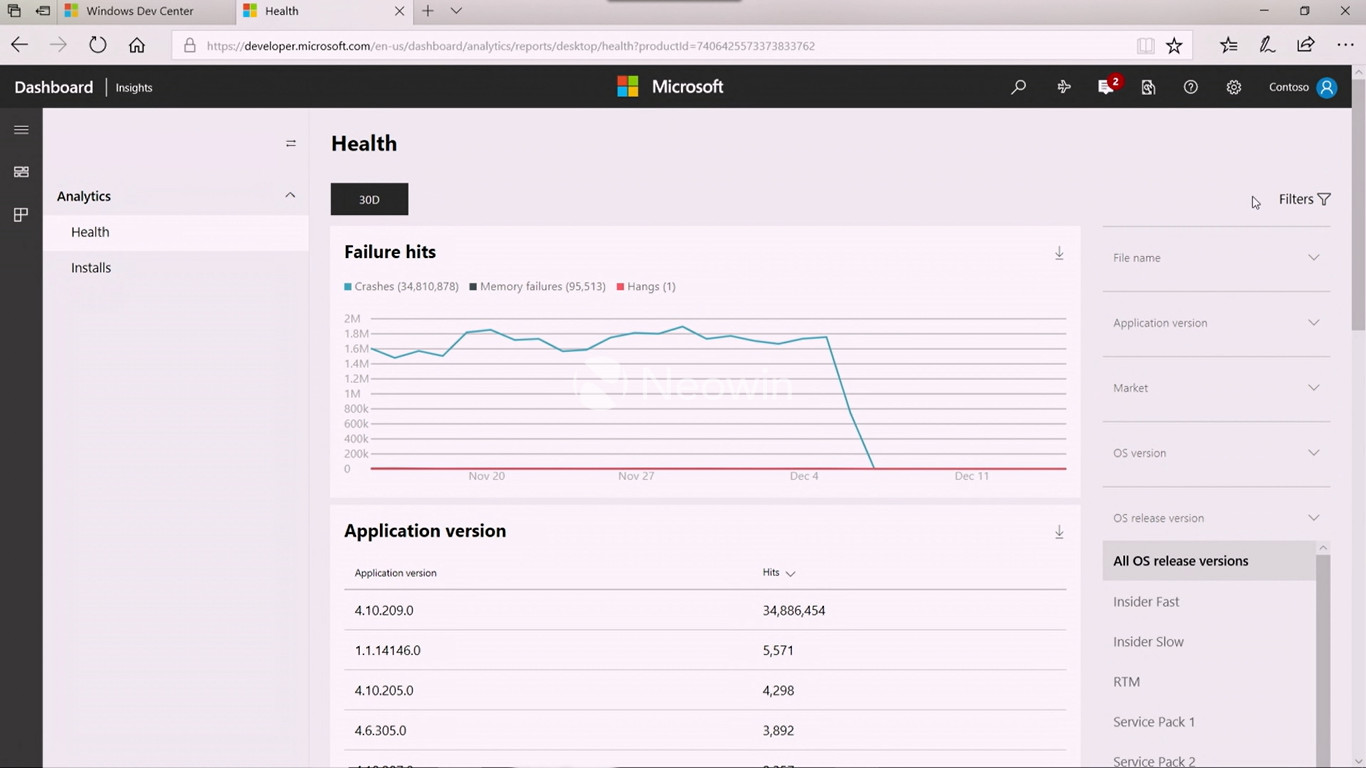 Through the new portal, developers have access to aggregated health data that can also be sorted by region, which allows one to isolate region specific issues. Also, it is possible to compare the health status and adoption of released versions of an application, including the ability to sort them by Windows versions, such as the latest Windows 10 or Windows Insider releases. Furthermore, it is also possible to download stack traces and CAB files of each failure to streamline the debugging process. 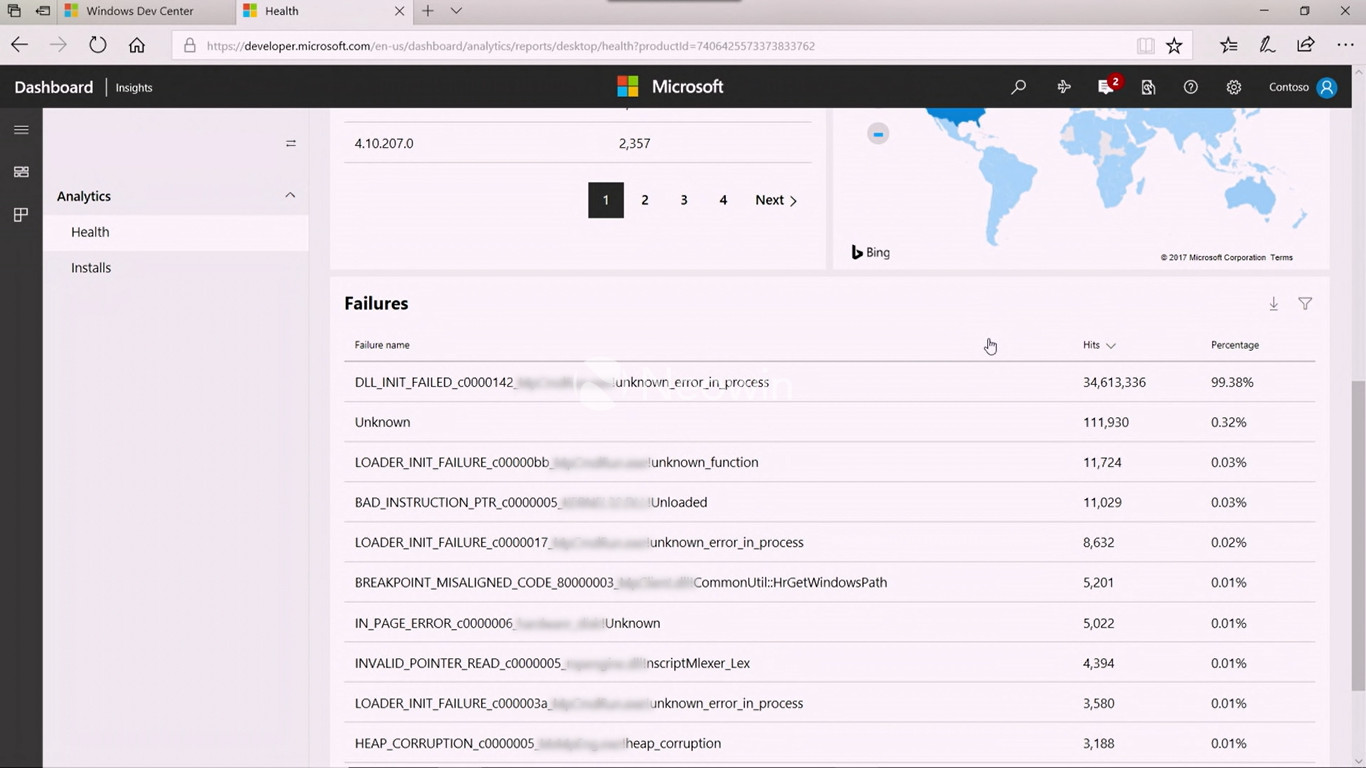 Finally, the tool also allows developers to access the data via an API, instead of relying only on the portal. This program, which is a replacement to the Microsoft Sysdev Partner Portal, is free of charge and can be accessed through here.