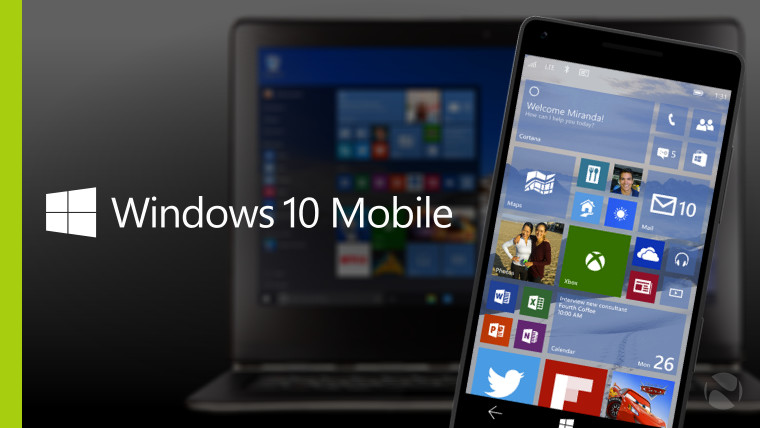 A few weeks ago, in a statement to Neowin, Microsoft confirmed the first ten handsets in its range that will be eligible for upgrade to Windows 10 Mobile. The company has previously signalled its intentions to upgrade all Windows Phone 8.x-era Lumia handsets to the new OS, but it's now giving the impression that some of its devices may not make the cut after all.

Windows 10 Mobile's launch isn't expected for another few weeks, but the company has begun promoting it on its Microsoft Store site. As WMPU notes, the Store now separately highlights 'Windows 10 Ready Phones' - and it's not exactly a huge leap of logic to conclude that any phone not on that list won't be in line for an upgrade to the new OS.

Here's how that page looks on the Microsoft Store UK site (note that there are some duplicate handset listings to account for separate student pricing): 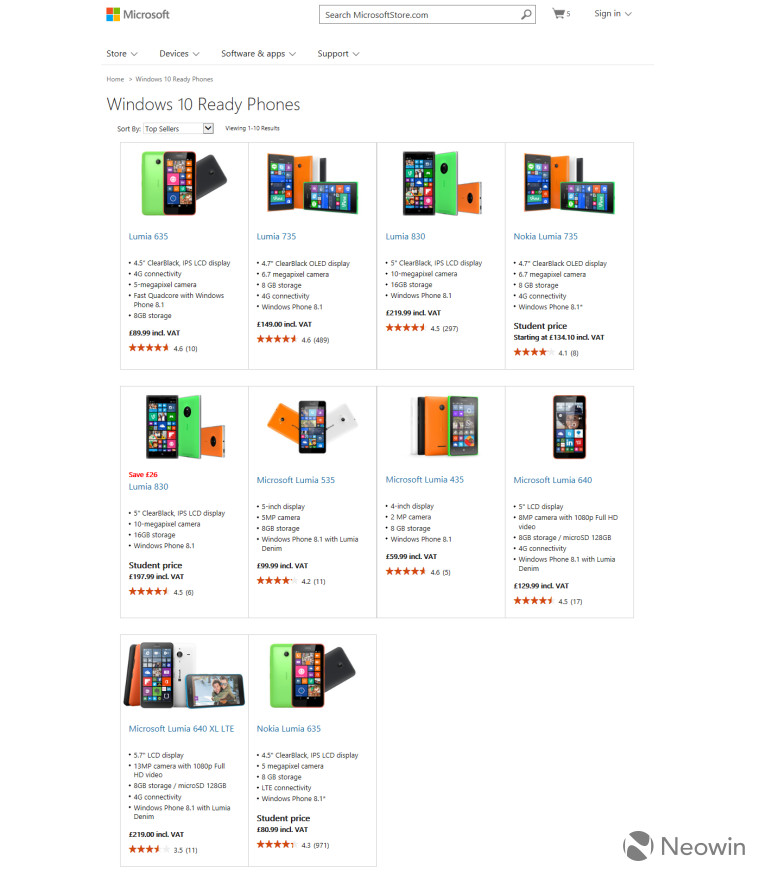 But look elsewhere on Microsoft Store UK, and you'll soon find that the company is selling a couple of Lumia handsets that aren't on the 'Windows 10 Ready' list: 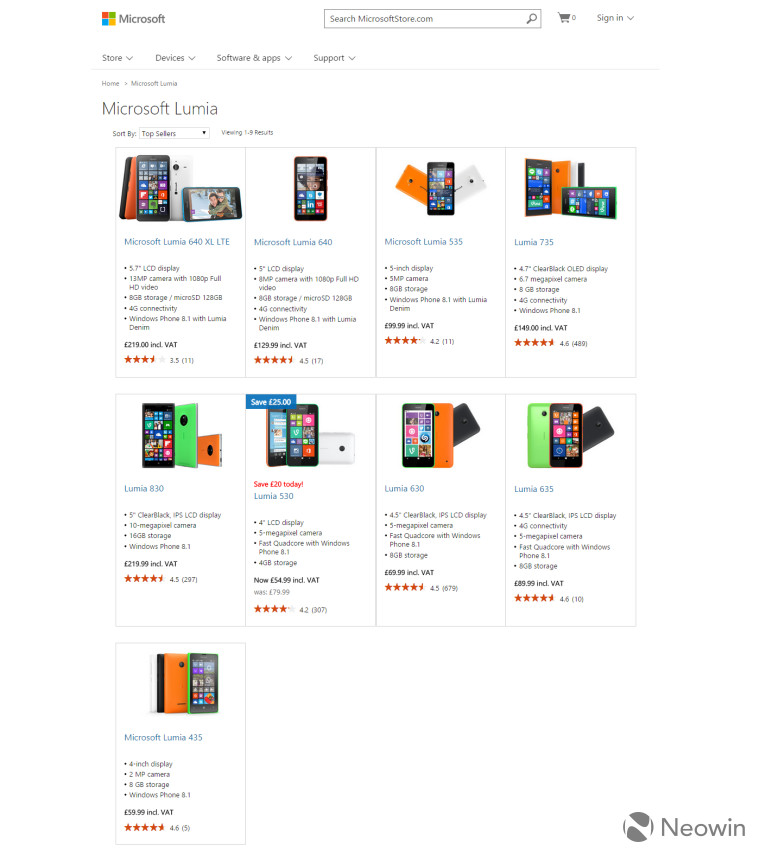 As you can see, the Lumia 530 and Lumia 630 are both on sale, SIM-free, on the same site - but Microsoft has excluded them from that list of Windows 10-ready handsets. Both of these handsets are low-end, but notably, the 630 is technically identical (aside from 3G vs 4G connectivity) to the Lumia 635, which is on the list of handsets that Microsoft is promoting as ready for its new operating system.

It's a similar state of affairs on the Microsoft Store US site, where only the Lumia 635, Lumia 640, Lumia 640 XL and Lumia 735 are being promoted as 'Windows 10 Eligible', while other devices are not.

Whether or not a Microsoft oversight is responsible for some of these devices not being sold as 'Windows 10 ready' is unclear. But if that is indeed the case, it's an error the company would be well-advised to correct quickly, as it's currently giving some pretty strong indications to buyers that many of its handsets won't get updated to Windows 10 Mobile.

Source: Microsoft Store UK / US via WMPU
Editor's note: This article was updated after publishing to clarify the eligibility of certain handsets.