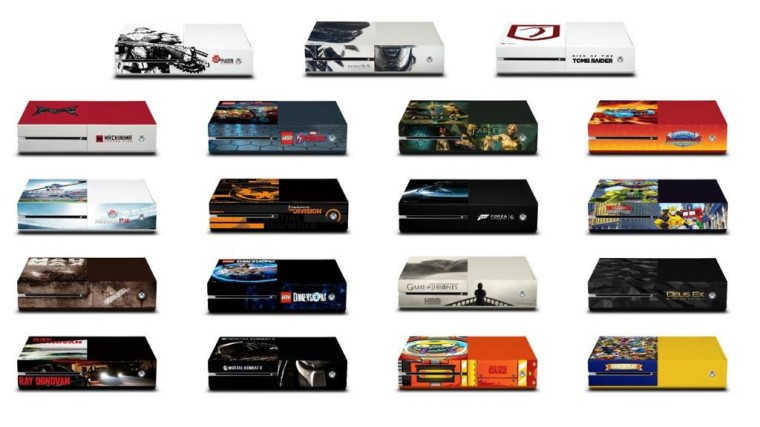 Although we have seen some pretty cool limited edition Xbox One's in the past, the one's above will have to take the cake as they are truly limited and unavailable to purchase. While you won't be able to buy these Xbox One's, Microsoft is giving you a chance to win one of these consoles this weekend.

At this weekend's Comic-Con event in San Diego, Microsoft erected a 'Xbox Lounge' that allowed attendees the opportunity to check out the latest and yet unreleased titles from Xbox. In celebration of the event, Microsoft also launched a limited time promotion for a chance to win one of the custom Xbox's above. Luckily, even if you aren't attending Comic-Con, you can still enter to win.

Last chance to enter the #SDCC #XboxSweepstakes. Which console are you going for? Rules: https://t.co/qMVaTPbQdF pic.twitter.com/BwQbqSDRiN

For those that currently own an Xbox One or Xbox 360, you can head to your dashboard and enter by following the experience link. If you do not own an Xbox, you can also enter via Twitter by following the official Xbox handle. I have linked one of the many qualifying tweets above from the handle that will count as an entry. Simply Retweet and you will be entered into the drawing. Lastly, if you do not have either of the previously mentioned means available to you, you can enter by mail. Yes, you can send in a hand-written entry by including your details to a location in Kalamazoo, Michigan.

If you need further clarification, be sure to check out the official rules. Good luck!