Earlier this month, reports of Microsoft creating a dedicated division for better Android support began to surface. The new division is called "Android Microsoft Platform and Experiences" or AMPX for short. The report suggested that AMPX will be responsible for making Android integration on Windows more refined than what is currently available through applications like the newly refreshed Phone Link app. Additionally, all other Android projects from Microsoft including Surface Duo OS, SwiftKey, Microsoft Launcher, will all also be coming under the ambit of the AMPX.

While the report is only a couple of weeks old, it looks like Microsoft is pretty serious about AMPX as the Redmond company is already looking for talent for its new AMPX team. The firm recently posted a couple of job openings (1, 2) for Senior Software Engineers in AMPX as you can see in the image below: 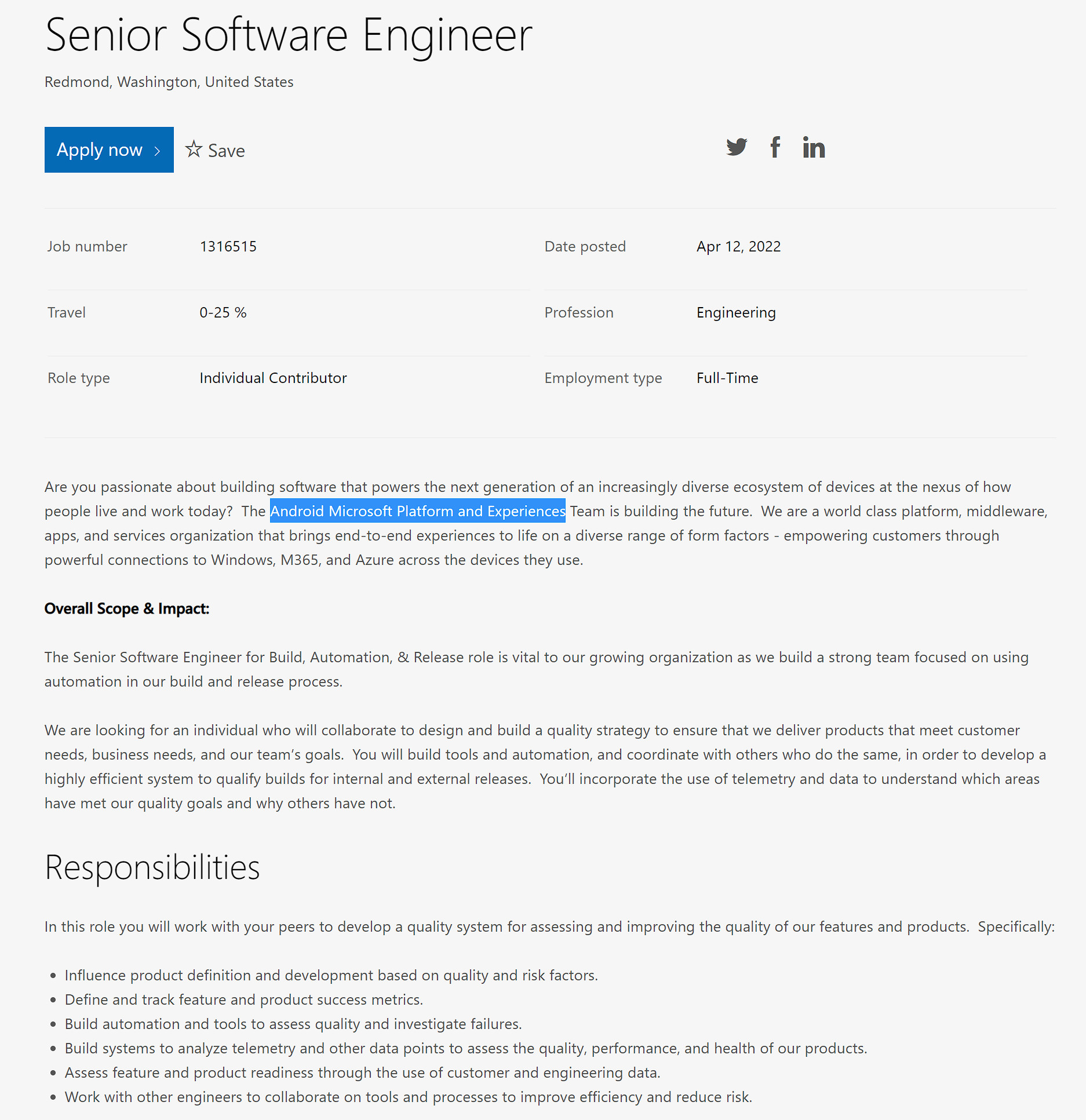 This suggests Microsoft is itching to get to work on all things Android and while there is no confirmation about this, it is possible that some of Microsoft's AMPX effort could be spilling over to Android apps support on Windows 11 as well.

Currently, the company offers Android apps on Windows 11 via the Amazon Appstore, but something like Google Play Store is what many users probably desire. There is some good news for such users though as it has been confirmed that Google Play Games will be arriving on Windows 11 this year as a native app.

Also, Microsoft's system requirements for Android apps are on the very heavy side right now so a little work on bringing these requirements down will likely be beneficial to a lot of users.