Alongside the official unveiling of Windows Phone 8.1 at Microsoft's BUILD conference last month, Nokia also announced its first handsets designed around the updated OS. While much of the excitement was focused upon the high-end Lumia 930, there was also a good deal of buzz around the more affordable Lumia 630 and Lumia 635.

The Lumia 630 will be the first device designed around Windows Phone 8.1 to go on sale, with the handset's official launch in India. At an event in Delhi, executives from Microsoft's Nokia division announced that both variants of the 3G-only Lumia 630 will be sold in the country - one with dual-SIM capabilities, and the other with a standard single-SIM configuration. It is not yet clear if the company has any immediate plans to sell the 4G Lumia 635 in India. 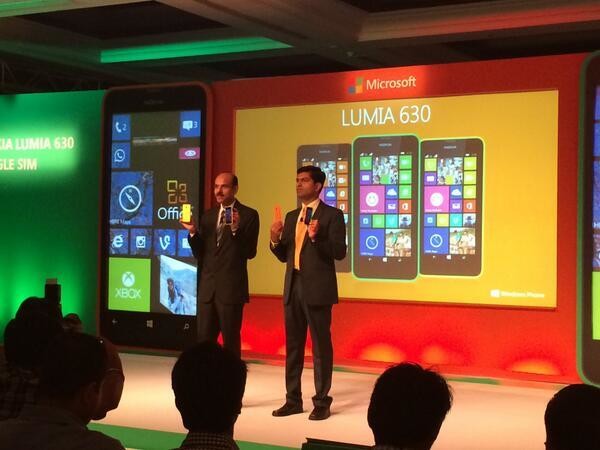 The Lumia 630 features a quad-core 1.2GHz Qualcomm Snapdragon 400 processor and 8GB of storage, along with a generous 4.5-inch ClearBlack IPS LCD screen protected by Corning Gorilla Glass 3, but those hoping for a high-def display will have to make do with FWVGA (854x480px) resolution instead.

To keep costs down, other compromises have had to be made on the spec sheet; there's just 512MB of RAM, versus the 1GB found in the cheaper Lumia 525; there's a 5MP rear camera, but no flash (and no dedicated camera button, unlike most other Windows Phones); and there's no front-facing camera at all. 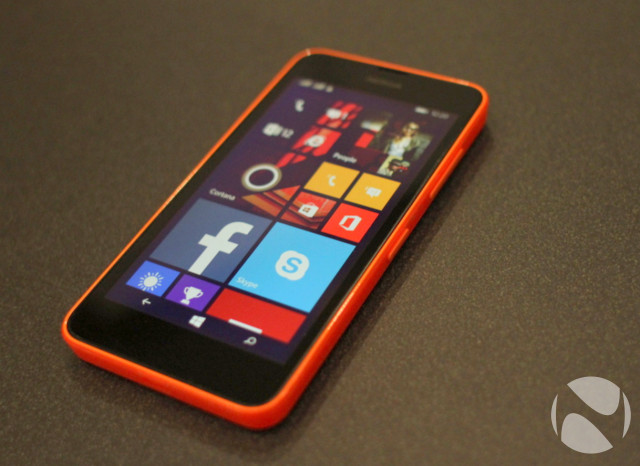 But the price-sensitive buyers that this device targets may be more forgiving of such omissions than those who are more accustomed to flagship specs; the dual-SIM capability will be more useful than a camera button to many in a country where not everyone can afford their own top-of-the-range smartphone, and where it is not uncommon for one handset to be shared among family members.

As you would expect of a Nokia device, a range of colour choices is available for the 630 with interchangeable shells in black, white and yellow, along with very India-friendly orange and green options.