When it comes to Microsoft's plans in the gaming space, it's fair to say that the spotlight has been well and truly hogged by the next-gen Xbox One, and all the rumours and controversies surrounding its launch. But Microsoft has made it pretty clear that there's plenty of life left in its current-generation console, underlined by the launch of an updated version of the Xbox 360 a few weeks ago, and comments suggesting that at least another 25 million 360s could be sold before it's finally retired.

It's not all about the 'new' Xbox 360 though. Major Nelson - aka Microsoft's Larry Hryb - announced on his blog today that the company is now inviting Xbox Live members around the world to register to participate in the snappily named "2013 Xbox Live Update for Xbox 360 Public Beta".

While details on the program are currently sparse, Hryb promises that further information will be posted later today in an FAQ page on Xbox.com. He does say, however, that the update will "improve overall performance and the ability to conduct transactions with local currency, as Microsoft Points will be retired later this year." 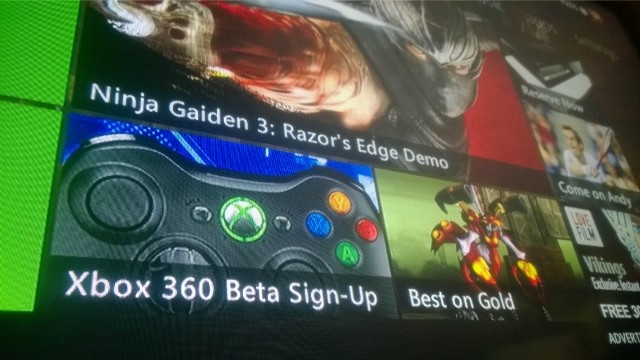 In a change from previous Xbox beta programs, this update won't require users to sign up via a website; instead, an 'Xbox Beta Program' tile will appear on the Xbox 360 Dashboard, allowing users to sign up directly via their consoles, which Major Nelson says is intended to "streamline the experience". As with all other programs, users will be obliged to agree to a non-disclosure agreement (NDA) which will prevent them from sharing details of the upcoming update with others.

The company says that users in any of the current 41 Xbox Live-enabled markets will be eligible to register for the program; users in Japan will have to wait a bit longer, with the promise of an "opportunity to join at a later date".