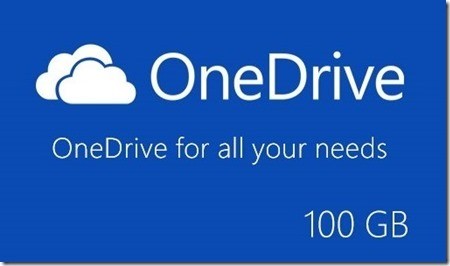 Last week, Microsoft managed to give away one year of 100GB of storage for its OneDrive service to 100,000 people in the space of less than 30 minutes. Today, Microsoft is offering yet another way to get 100GB of OneDrive space but this time it will take a little more work (but not much more).

Microsoft has announced that people who sign up for the Bing Rewards program will be able to claim an offer of 100GB OneDrive storage for 12 months if they earn at least 100 points. As we have reported before, signing up for Bing Rewards is free and gives points to people who search on the Bing.com site. The rewards program was recently expanded to include access to Bing via iOS and Android devices.

Getting 100 Bing Rewards points won't take a long time (indeed, new members get 20 points just to sign up) and users who decide to take advantage of the offer will get access to a one year OneDrive subscription in return that would normally be priced at $50. Once the points are redeemed, a special code is emailed which must be used by June 30th.