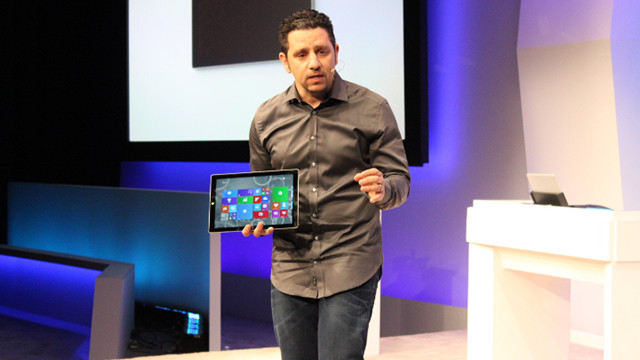 As part of its press event in New York City today, Microsoft has confirmed it will release Surface Pro 3, the latest version of its high end tablet that uses Windows 8.1 and will have an Intel Core processor inside and with a 12 inch screen. 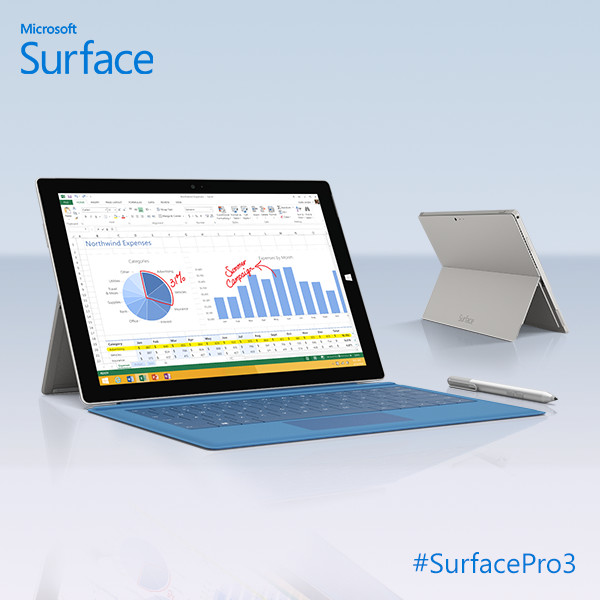 Microsoft is promoting the Surface Pro 3 as the "tablet that can replace your laptop"  The 12 inch screen has a resolution of 2160x1440 and has a 3:2 aspect ratio. However, Microsoft is also promoting it as a light device at just 800g. In fact, Surface's general manager Panos Panay placed the Surface Pro 3 on a scale alongside the Apple Macbook Air and the Apple notebook weighed more. 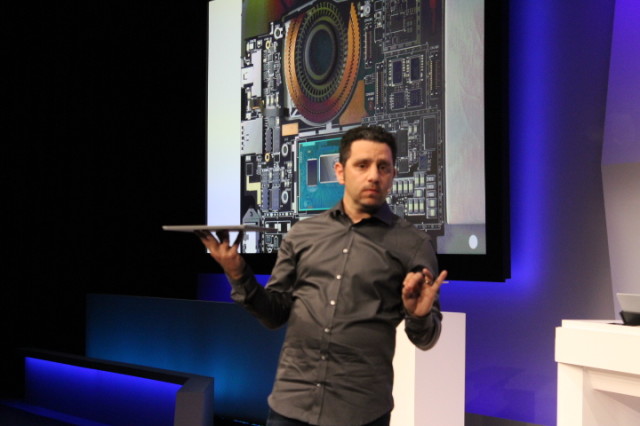 The tablet has an Intel Core i7 processor inside but still has a thin case design that's just 9.1 mm thick, along with "new fan technology that is 30% more efficient than previous solutions". The Surface Pro 3 will also get its own docking station accessory. The Surface Twitter account has confirmed that the Surface Pro 3 will also come in versions that have Intel Core i3 and i5 processors. 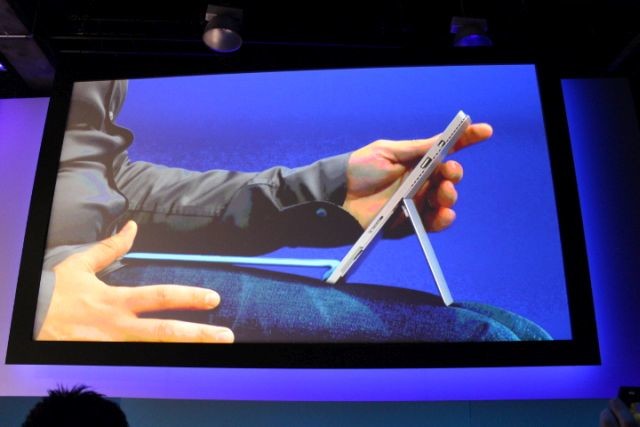 Microsoft is also showing off the new Type Covers for the Surface Pro 3, which Panay claims has some major improvements for its track pad compared to the previous versions of the covers. The new covers also connect in a different way to the Surface Pro 3 so that it offers better stability for when users have the tablet and cover on their laps.

The color of the Surface Pro 3 appears to be magnesium, the same as the Surface 2. Panay also showed off some of the touch pen support for the tablet, including a New York Times crossword app that allows users to write in the solutions to the crossword with the pen and then see the digital writing change to fit the squares on the puzzle.

Another demo showed how screenwriters can use the Final Draft software on the Surface Pro 3 and then go into Snap mode to watch the film itself and compare it to the script. Panay used the upcoming film Earth to Echo, which is produced by his brother Andrew, as an example of this kind of work. 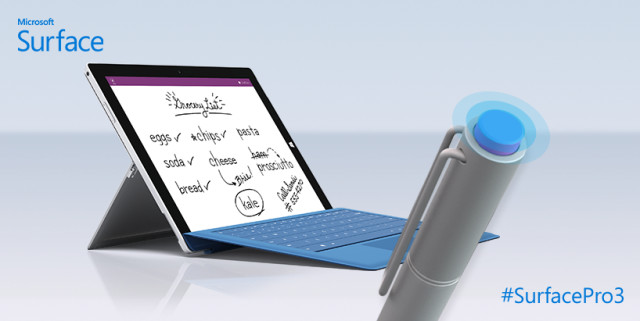 Panay also showed off the new Surface Pen stylus, which has a button that can be clicked to take a screenshot on the tablet. Combined with the Windows 8.1 version of OneNote, the Surface Pro 3 can take notes with the pen and store those notes to the cloud.

The starting price of the Surface Pro 3 will be $799 and will go on sale for pre-order at 12:01 am Eastern time Wednesday at the Microsoft Store website. The tablet will also go on sale June 20 at Microsoft's retail stores in the U.S and Canada, along with other retailers. By the end of August, it will be on sale in 26 other countries.

Here's the full list of Surface Pro 3 versions and their prices: