Windows Phone 7 has been available in many markets around the world already, and, 4 days ahead of the US launch of the platform, Microsoft has finally opened the gates of the App Submission to the market to all.

Previously, the market has only been available to those that were granted early access, and if you tried to submit an app, you'd only be offered the option to submit it for Windows Mobile. Today, Microsoft has opened up the marketplace submission process for anyone with a paying account (or those with a student account, via dreamspark). With the opening of this, it's also possible to submit Xbox Live Marketplace games under the single fee, which will please many developers.

Microsoft says that once the application has been submitted, it'll take 3-5 business days for the app to be vetted and certified, at which point it will be published. The marketplace now has over 1000 applications, only two weeks after launch. With the opening of the US store, there should be a slew of new applications for eager Windows Phone 7 users to try.

The "App Hub" is where developers should submit their applications, and requires a $99 registration fee, though this is waivered for the first year if enrolled as a student. More information can be found here. The announcement in it's entireity can be seen below. 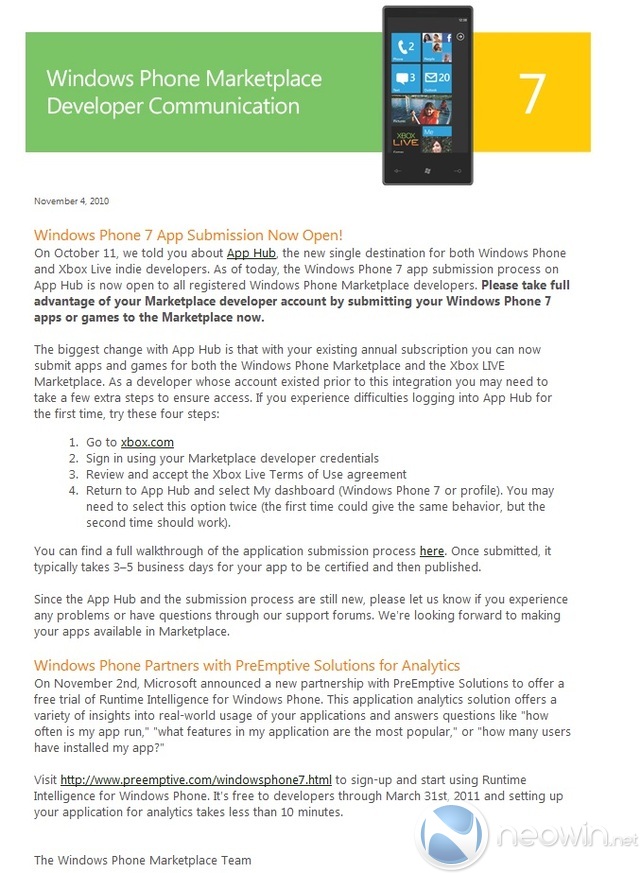