The second Tuesday of every month, Microsoft issues the latest security and vulnerability patches for Windows, Microsoft Office, Internet Explorer and a variety of other software products. Microsoft Security Bulletin Advance Notification, or better known as "Patch Tuesday" keeps consumers and businesses up-to-date with the latest in security patches. 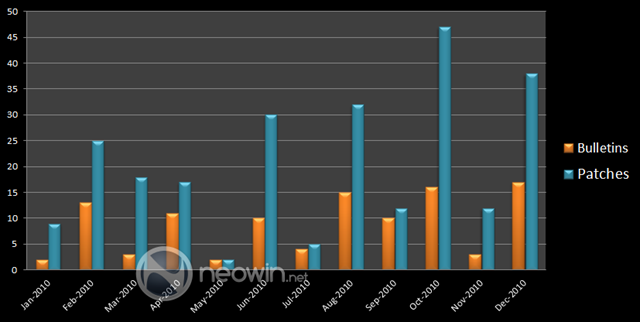 All versions of Internet Explorer, 5-8, all received a total of five patches over the course of last year, a slight improvement over the previous year.

Windows XP received the most Windows patches this year, a total of 58, which fixed a number of remote code executions, elevation of privileges, denial of service and many more. Windows Vista followed closely behind with a total of 52 patches, while Windows 7 received a total of 52. 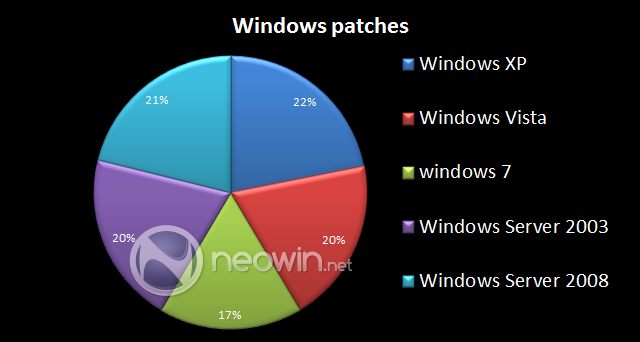 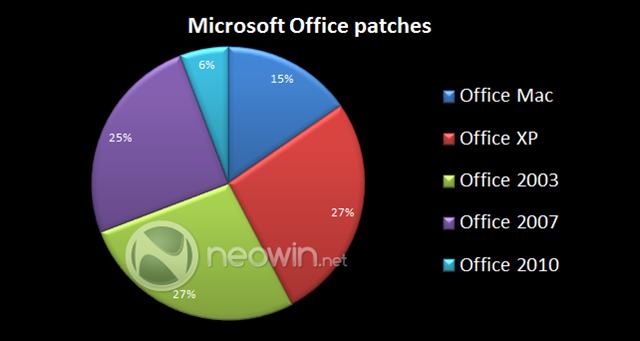