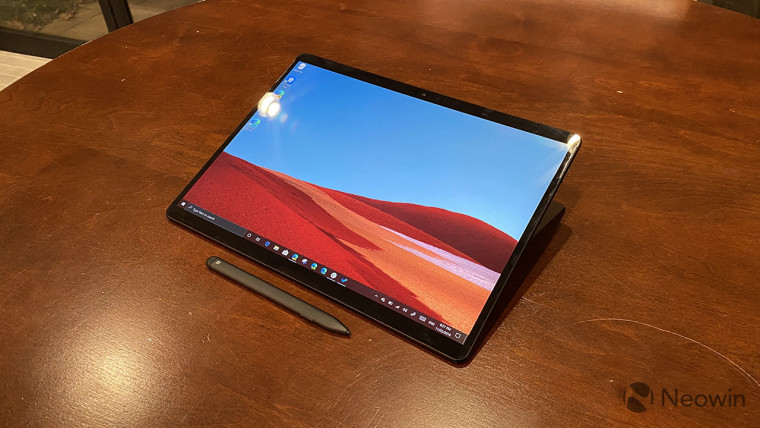 A couple of Surface devices - specifically, the first-generation Surface Studio and last year's Pro X - are getting a handful of driver and firmware updates today. The longest list of updates is naturally for the Pro X, which is the more recent device.

Being an ARM-based device, the Surface Pro X has a lot of its hardware components built into Microsoft's SQ1 chipset, so the update will show up as a single entry in Windows Update, simply using the designation "Microsoft Corporation – System Hardware Update". However, the update targets multiple components, including the GPU, the audio chipset, and more. The fixes range from those for bugchecks, to audio performance, among other things. Here's the full list:

That's a pretty comprehensive list, so you may want to update as soon as possible.

Meanwhile, the Surface Studio has a more modest list of updates, and they all focus on security and stability. Here's the full list:

Both sets of updates seem to require Windows 10 version 1809, or the October 2018 Update, in order to be detected in Windows Update, though the Surface Studio page has conflicting information on that front. Unlike some other firmware updates, these aren't rolling out gradually and should be available right now to everyone that meets the requirements.