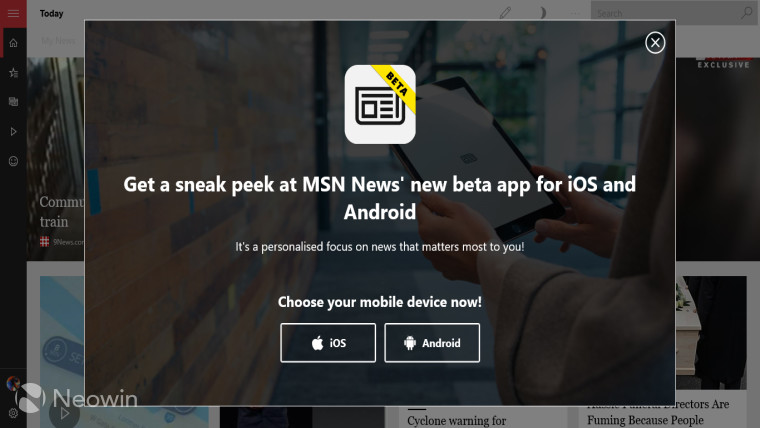 Microsoft has just released an update for the MSN News beta app for Android and iOS; this is one of the biggest updates the app has received since becoming available on the two platforms. Version 18.029.02 features a complete redesign that includes a bunch of UI enhancements, tweaks, and added functionality:

The update for the app also comes at an interesting time, given the latest Windows 10 update—containing the Timeline feature—is not far off from release to the general public. Microsoft, back at build 2017, showed a concept of MSN News working with Timeline and 'Pick up where you left off' to read the news and continue between different devices seamlessly. Although the update for the app was mainly a redesign, Microsoft could be working on adding such functionality soon.

Android users can download the beta by signing up for the testing program whilst iOS users have to fill out a form access the app through TestFlight.