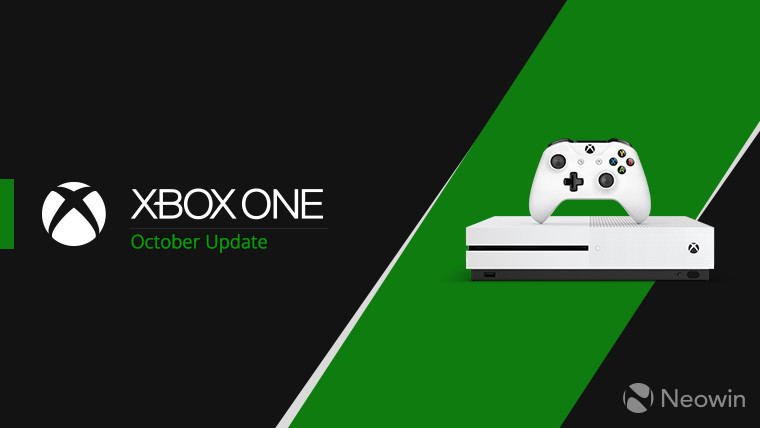 After months of testing, Microsoft is releasing the October update for the Xbox One family of gaming consoles today. The feature update is version 1810, while its Windows 10 counterpart was version 1809. Codenamed Redstone 5, the Windows 10 October 2018 Update was actually pulled due to files being deleted, but Xbox isn't going to be affected by that. Remember, Windows 10 runs on thousands of different configurations, while Xbox One consists of just three.

One of the notable new features in the update is support for Amazon's Alexa voice assistant, which can be enabled via a skill. That means that you'll be able to talk to Alexa-enabled devices, such as an Echo, and control your Xbox One with it. For example, you can say, "Alexa, launch Forza Horizon 4", and the game will launch on your console.

Another key feature is Dolby Vision streaming, which is Dolby's HDR format. Similar to technologies like HDR+, Dolby Vision offers dynamic HDR based on the scene, while standard HDR is the same throughout the movie or TV show that you're watching.

Dolby Vision is supported by select TVs made in 2017 and 2018 by LG, Sony, and Funai. You can find the full list here.

Announced over two years ago, Microsoft's new avatars are now available to everyone. The new avatars include all body types, moods, items from games, and more. The idea is to be more inclusive, and give gamers more options to express themselves.

The new update should be available now through your console, although your device will eventually update automatically. Insiders on the Preview Alpha ring will next begin testing the next feature update, codenamed 19H1. Microsoft hasn't announced the features for that though, so there should be more news soon.