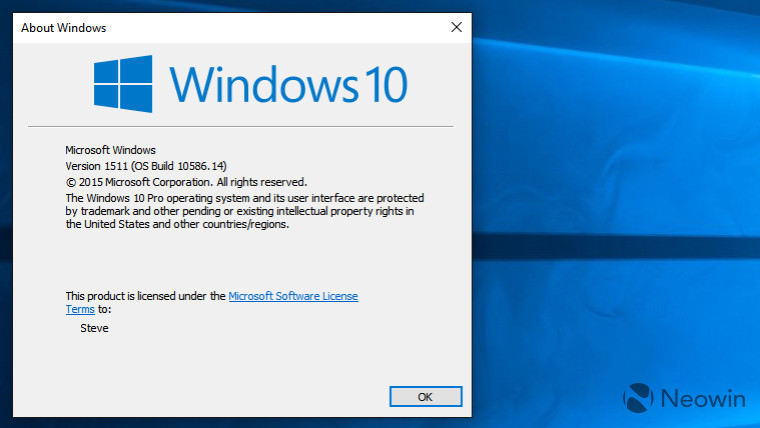 Following last night's news that the Media Creation Tool and ISO's had been restored with the November Update, Microsoft has now rolled out an updated Cumulative Update (KB3120677) via Windows Update, replacing the previous one that rolled out a week ago, and now brings the OS version up to 10586.14.

As per usual, no details are available to view when applying the update, but thanks to last night's post we do know that at least one bug has been squashed, this update also brings the OS in line with the media tools that can once again be downloaded.

The bug which resulted in the pulling of the updated Media Creation Tool and ISO's related to the following four settings, which, if turned off by the user, were set to their default 'on' setting after applying the update:

This update only applies to systems updated to version 15/11 (November Update). You can apply it by going in to All Settings > Update & Security > Windows Update and then 'Check for updates', or simply wait for Windows 10 to automatically apply it.

Thanks for the tip @KPRP42!