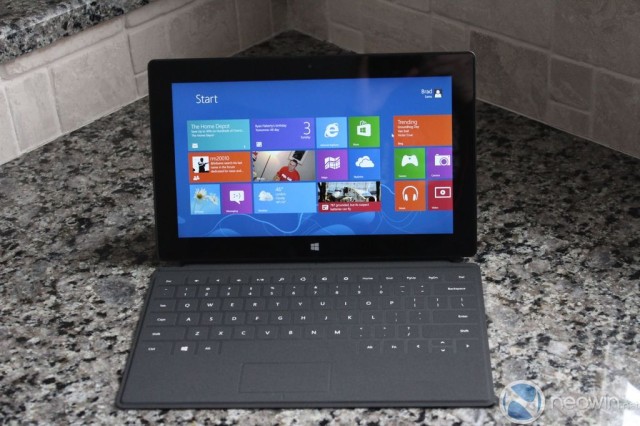 That tablet, which we also reviewed in February, had a third generation Intel Core i5 processor, 4GB of RAM, a choice of either 64GB or 128GB for storage and a 1920x1080 10.6 inch screen. When it launched, Microsoft at first could not meet the demand for the tablet, especially the 128 GB version.

Even with the high initial demand for the first Surface Pro, Microsoft has decided to stop selling the tablet, even though it continues to sell the almost year old Surface RT for a lower price. We asked Microsoft to give us a reason why they have suddenly discontinued the sale of the original Surface Pro, even at a lower price, and received this statement from a Microsoft spokesperson:

When Surface Pro 2 becomes available, Surface Pro will no longer be available for purchase from Microsoft or its retail partners. Our goal is to help as many customers as possible experience all the benefits Surface has to offer. Starting at $349 for Surface RT 32GB, it’s extremely easy to join the Surface family.

Yes, that statement does not really offer a specific reason why the Surface Pro is no longer being sold. We were told that's the only comment that Microsoft will give officially on this subject.