Last November, Neowin reported that Microsoft was testing a new design for their MSN homepage. Today, Ars Technica makes known that Microsoft has finally begun rolling it out to users. The roll out will gradually make its way to 100 million US customers over the next few weeks. Microsoft is calling it the "most significant homepage redesign in over a decade." The redesign features a new butterfly logo as well as 30 updates based on loads of customer feedback.

Among the new features are:

As a whole, the new site boasts tighter social networking integration. Facebook, Twitter, and Windows Live "What's New" are all part of the new experience. Microsoft says that testers of the new site were very happy with the social network additions and they have received very positive feedback.

If you aren't seeing the new design yet, you can still preview it here. The site explains the changes and shows off the new visual experience. There's even a video of The Office's Brian Baumgartner showing off the new site. As you'd expect, he's awesome. 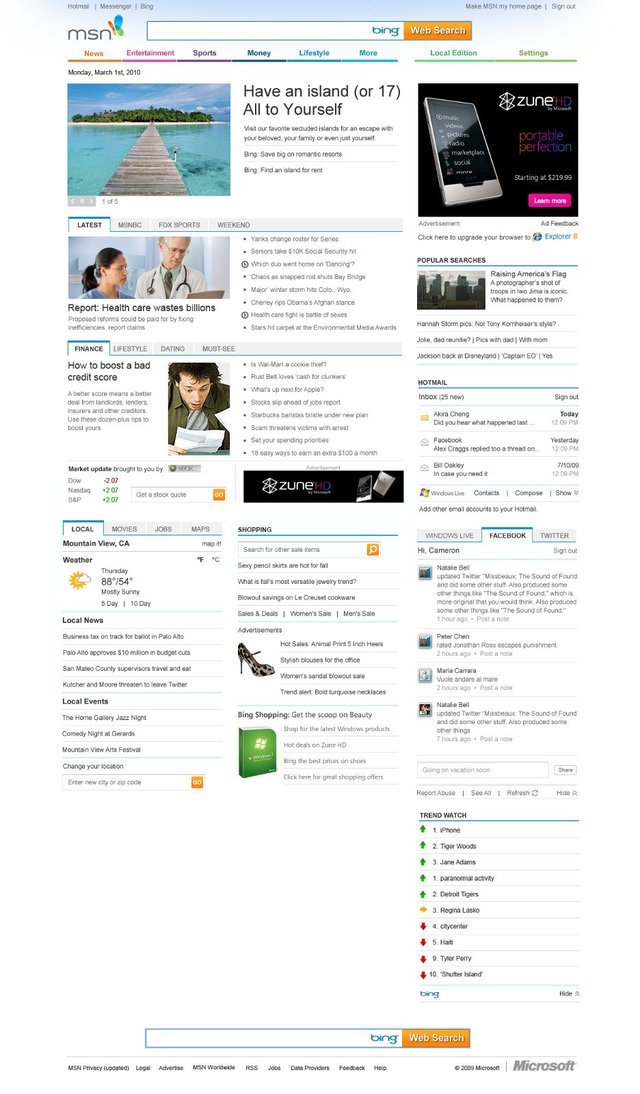