Microsoft has come under quite a lot of fire recently due to privacy concerns from numerous users as well as erroneous reporting from a few news outlets. Even Microsoft updating its Services Agreement terms to stop people from playing counterfeit games on their devices such as the Xbox, has been a victim of these misleading reports which aggravated the situation so much that 'hardcore' pirates banned Windows 10 users over privacy fears. To address these concerns, Microsoft's Vice President of the Windows and Devices Group Terry Myerson has offered a bit of insight and clarification on privacy and Windows 10.

The company states that this information it collects, after approval from the customer's end, includes: an anonymous device ID, device type, and application crash data which may be used by Microsoft in order to improve app reliability and performance. Myerson emphasized how the company has managed to resolve an issue in the graphics driver of some Windows 10 PCs, simply because Microsoft effectively used the aggregated data collected from Insiders.

The executive went on to say that:

We aspire to deliver a delightful and personalized Windows experience to you, which benefits from knowing some things about you to customize your experience, such as knowing whether you are a Seattle Seahawks fan or Real Madrid fan, in order to give you updates on game scores or recommend apps you might enjoy– or remembering the common words you type in text messaging conversations to provide you convenient text completion suggestions. You are in control of the information we collect for these purposes and can update your settings at any time. Note that with new features like Cortana which require more personal information to deliver the full experience, you are asked if you want to turn them on and are given additional privacy customization options.

Microsoft also strictly stated that "unlike some other platforms", it does not collect your personal data from files, emails or any other communication method, which could be used for targeted advertising if in the wrong hands. 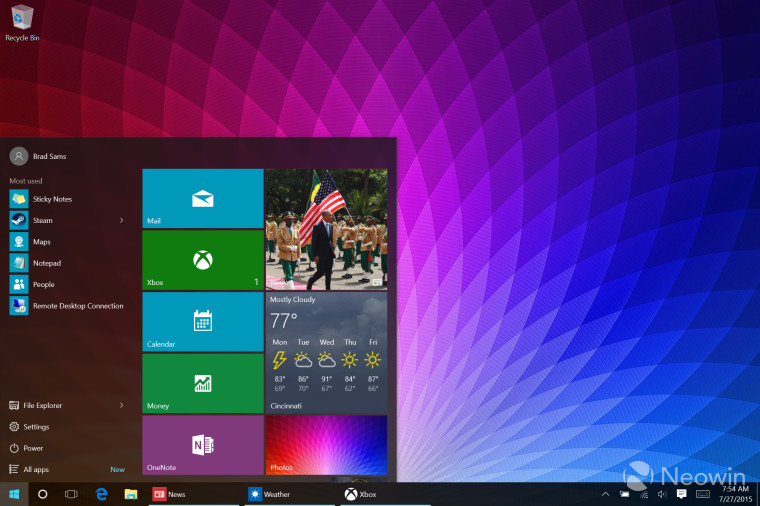 Microsoft has also said that for a detailed dialog on the privacy approach in Windows 10, users can contact the company via the Privacy section in the Windows Feedback app. The Redmond giant has also stated that:

As an example of direct response to feedback we’ve received, all Windows 10 customers will receive an upcoming update to family features, with default settings designed to be more appropriate for teenagers, compared to younger children. Additionally, we’re working on ways to further enhance the notifications that kids and parents get about activity reporting in Windows. We’ll also release updates for enterprise customers based on their feedback later this fall.

If Windows 10 is still not behaving as it should be, Terry Myerson has encouraged users to contact Microsoft via the Support page as the company is committed to follow up on all reported issues and then update supported devices if needed. To that end, Microsoft has also published two webpages to help users better understand the company's privacy policies: