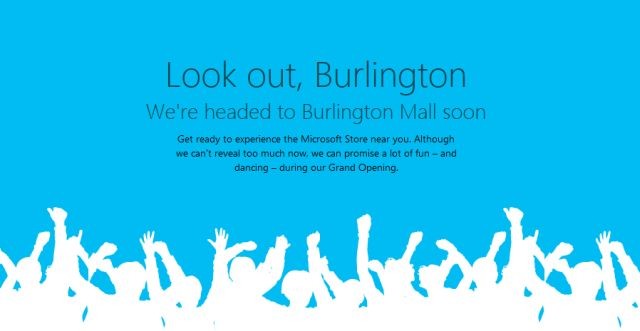 Microsoft is continuing to open new retail stores across the US and today the company confirmed that its next storefront will be taking in customers for the first time on September 19th at the at the Burlington Mall in Burlington, Massachusetts.

The announcement was short on details, but this new store will be a full sized retail location and not one of the smaller "specialty stores" that the company has been opening with some regularity lately. Indeed, one of those smaller stores will open on Friday in Wauwatosa, WI, followed by another on August 8th in McAllen, Texas.

The new Burlington, Massachusetts location will be the third full sized store Microsoft will open in that state; the other two stores are in Boston and Natick. Since this will be a big store opening, you can expect a lot of pop and circumstance for its launch on September 19th. Microsoft usually brings in a major pop music act to sing in a brief concert for its store openings; those concerts are free to attend but people have to line up at the store to get their free tickets beforehand.