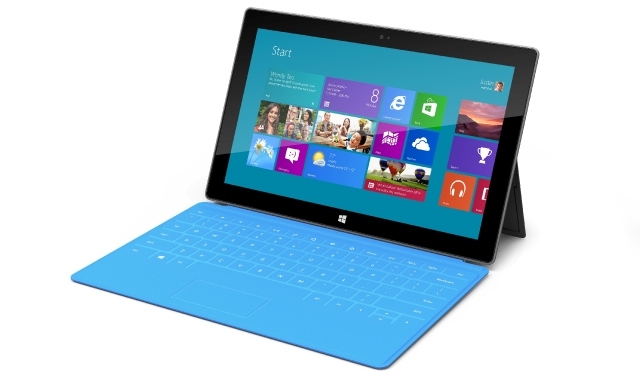 Get out a pinch of salt as a new rumor from Engadget is stating that the Microsoft Surface for Windows RT will cost a budget friendly $199.00. The source, of course, is anonymous but the price point, which we hope is true, will make the Surface RT an extremely attractive product in the mobile segment.

While we cannot confirm the price point, Engadget states their source learned at Microsoft's Techready 15 conference all of the launch details for the upcoming product, including the $199 price point. If Microsoft does ship the Surface RT at this price, it will certainly be hard for vendors such as the recently confirmed Dell, Asus, Samsung and Lenovo to compete unless they can find ways to subsidize their own hardware.

We recently wrote up that the Surface RT pricing will tell us how confident Microsoft is about Windows 8 and if the above price point is true, Microsoft is playing for market share, not revenue. But, the revenue would appear in the long run as consumers purchase applications from the Microsoft Store which nets 30%/20% of the revenue back into the pockets of Microsoft.

The price point of $199 almost seems to good to be true but we hope the source is correct as it will be a big win for the consumer and Microsoft too.

But! There is one issue we have with the price point, back in June when the Surface was announced Microsoft stated the following:

Suggested retail pricing will be announced closer to availability and is expected to be competitive with a comparable ARM tablet or Intel Ultrabook-class PC. OEMs will have cost and feature parity on Windows 8 and Windows RT.

Based on that statement, it would suggest that either all of the Windows RT products will be priced close to $199 or this is inaccurate information. Either way, we will all know soon enough.