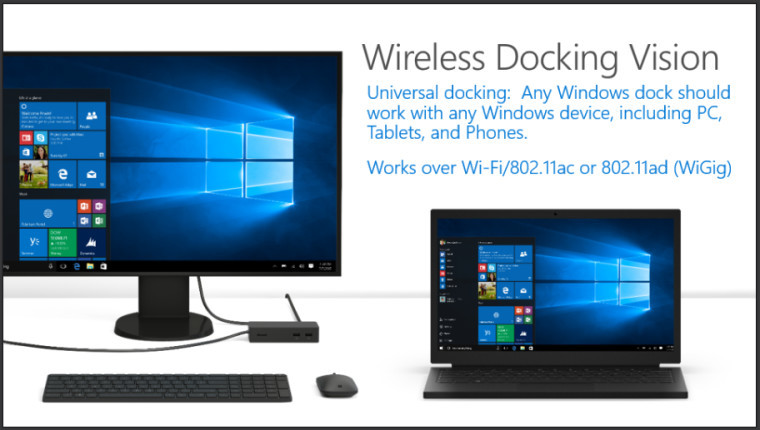 The next major update for Windows 10, known as the Creators Update, is scheduled to launch in the coming months. Following in the footsteps of last year's Anniversary Update, it will bring many new features to Windows 10, and Microsoft is already revealing some of these at its events. 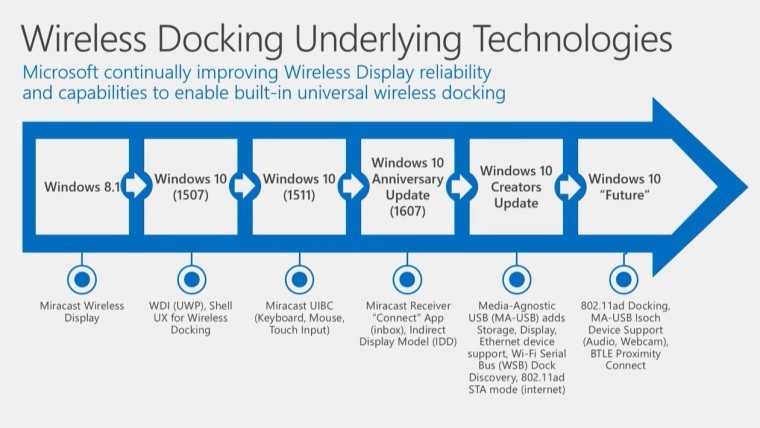 According to slides shown at last month's WinHEC event held in China, Microsoft will be introducing support for the new Wi-Fi 802.11ad protocol in the Creators Update. The new protocol provides higher bandwidth and download speeds up to 8Gbps by using the 60GHz wireless spectrum.

In addition to supporting the new protocol, Microsoft is also working on extending its capabilities in a future Windows 10 update with Wi-Fi 802.11ad-powered wireless docking. However, users will certainly need new hardware that supports these features.

Since, Microsoft has already revealed its intentions to hardware makers, we should expect more laptops, tablets and PCs that will include Wi-Fi 802.11ad modems in the near future.