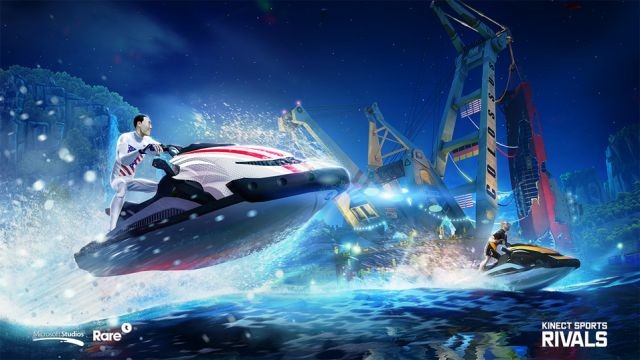 Microsoft hopes that its in-house developed Xbox One game, Kinect Sports Rivals, is going to be both a big sales hit as well as show owners of the game console that including the Kinect sensor with every unit was a good idea. Today, the company announced that the launch of the game on April 8th will be promoted with a online global tournament.

The Xbox Wire site states that players can already start signing up for the tournament, which will begin on April 8th, the same day Kinect Sports Rivals is released, in the  U.S., Canada, Mexico, Australia, and Brazil. The tournament will begin for residents of the U.K., France and Germany on April 11th.

The players will compete in bowling, climbing and wake racing sections from those dates until June 3rd. The top players for all three sports on the online leaderboards from each country will then be flown to San Diego in mid-July to compete against each other live during the San Diego Comic-Con event. The grand prize winner will get $10,000 plus a trip that can be picked from four destinations: "a water sports adventure in Bora Bora, walking the Great Wall of China, trekking to Machu Picchu or skiing the Swiss Alps."