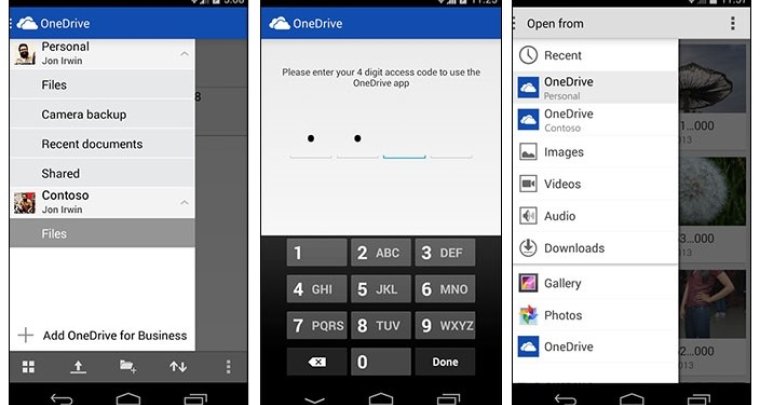 One of the tactics that Microsoft has adopted under Nadella is that the company's software needs to be everywhere and not limited to one platform. And as the company has shown, they will ship the software as soon as it is ready and not wait for the Windows version to ship both at the same time. So, it should not be a surprise to see OneDrive on all of the major smartphone platforms being updated at once.

Microsoft has announced today that the Android, iOS and Windows Phone OneDrive apps will all be updated with new features.

The Android app has been updated to now allow you to access your personal OneDrive as well as a corporate OneDrive from within the same app. To make sure that you don't get confused about which service you are accessing (personal or corporate), there are banners and other indicators to avoid cross-contamination of the two services.

The iOS version of OneDrive adds native search on both the iPad and iOS. To access the search function, swipe down from the top of the app. There is also a new 'All Photos' view that makes it easier to see all of your OneDrive photos in a single view.

For those of you on Windows Phone 8.1, you can now access the recycle bin from the app. This update actually started rolling out last week, so you may already have it on your device.

If you haven't received an update on your phone yet, it should be arriving in the very near future as the updates make its way to your phone through your respective app store.