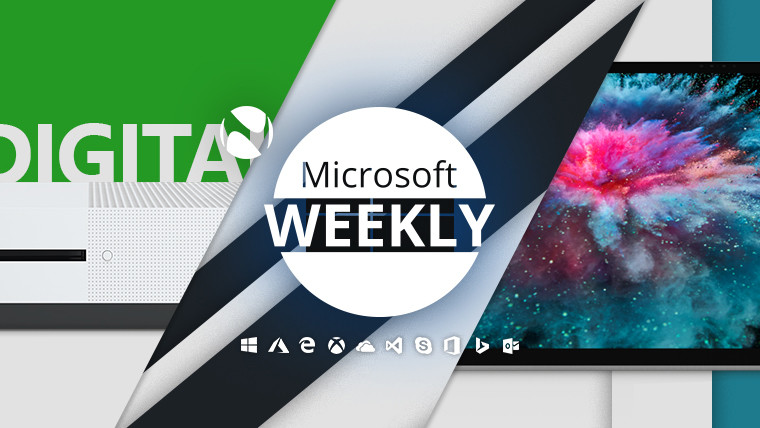 Beyond the unveiling of Microsoft’s Digital Direct feature for Xbox bundles, as well as a great milestone for Sea of Thieves, there were also the Patch Tuesday updates, and some firmware enhancements for Surface hardware. You can find that, as well as much more, below, in your Microsoft digest for the week of June 6 – 12. 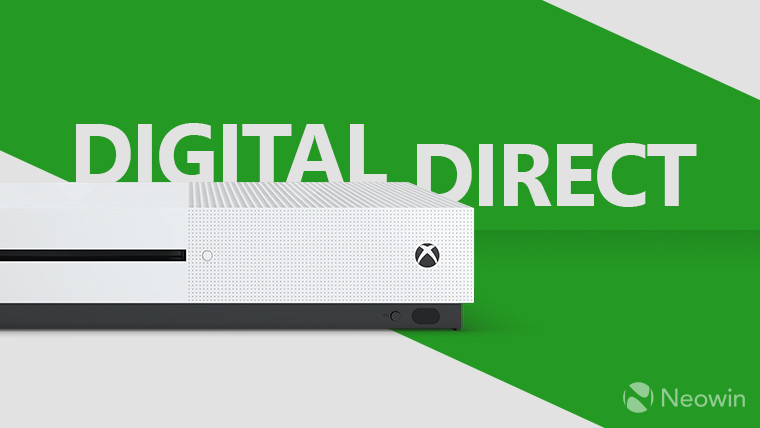 This past week would’ve been E3 week, but seeing as that was canceled, companies shifted towards holding their own events.

Seeing as Microsoft already held a showcase focused on third-party titles last month, and given that its first-party event is set to go live next month, this was the perfect opportunity for Sony to show off the PlayStation 5 games and the actual design of the hardware, which it did.

The reason why I’m mentioning this is because a fair few of the games showcased are actually timed exclusives, meaning they’ll arrive to other platforms – most notably the Xbox Series X – anyway, just not at launch. Among those are Oddworld: Soulstorm, Deathloop, and Ghostwire: Tokyo, joined by games we already knew were multi-platform like Hitman III and Resident Evil Village.

In a bid to make the next-gen experience a tad more convenient, Microsoft itself took the wraps off of Project Roma, which is now called Digital Direct. It in essence does away with the need to input long serial numbers, instead tying a particular game to the first Microsoft Account that redeems it via the “Included with this Xbox” section in Settings > Account.

It's important to stress that current-gen games are getting enhancements too, like both Need for Speed Heat and No Man’s Sky now supporting cross-play across PC, Xbox One, and PlayStation 4.

Speaking of the latter, it’s available now on Game Pass for those who want to try it on console or PC, in addition to Dungeon of the Endless, also on both platforms. Bard’s Tale Remastered and Resnarkled will hit both subscriptions on June 18.

As far as just the console subscription is concerned, Kingdom Hearts HD 1.5 & 2.5 ReMix and Kingdom Hearts HD 2.8 Final Chapter Prologue can already be played, with Thronebreaker: The Witcher Tales set to arrive on June 18.

Folks on PC are already able to play Battletech and Battlefleet Gothic Armada 2 in addition to the other aforementioned titles.

We must also mention the removals from Game Pass. On June 15, you’ll have to say goodbye to Resident Evil Revelations and Screamride on console, Book of Demons, Samorost 3, The Last Door: Season 2, and The Stillness of the Wind on PC, as well as Everspace, Riptide GP: Renegade, Riverbond, Superhot, and Supermarket Shriek on both platforms.

Moving on to first-party titles, Flight Simulator Alpha 4 is now out, Halo 3: ODST Firefight will be added to the Master Chief Collection, Halo 3 Insider testing is now live on PC via both Steam and the Microsoft Store, and Rare’s cartoony pirate adventure, Sea of Thieves, has gone past the 50,000 concurrent player mark on Valve’s platform.

As far as other relevant updates are concerned, mod support has now come to Microsoft Store games on PC – though only to a small subset for now -, Insiders have begun testing Xbox One version 2006, and Microsoft has restored the ability to upload custom Xbox Live gamerpics.

Microsoft is currently holding a sale on a number of Xbox games and hardware products, including a $299 Xbox One X. This entire thing ends June 15, though there’s no word as to when exactly the deals expire.

Updates you may get 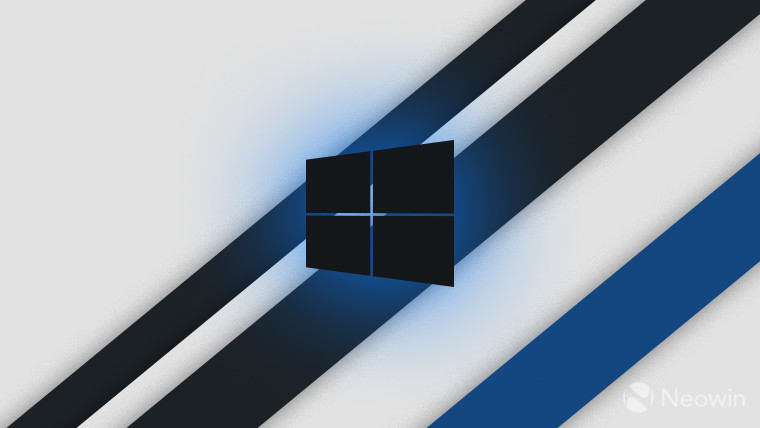 Right on cue, Patch Tuesday updates were released this past week, targeting not only supported Windows 10 versions, but also Windows 7 (for those that are paying for ESUs) and Windows 8.1. Let’s begin with the latest major OS from Redmond:

While we’re on the subject of Windows 10 updates, it’s worth noting that version 2004 – or the May 2020 Update – has started rolling out to more people. However, keep in mind that if you own ThinkPad laptop with drivers that aren’t up to date, you may encounter problems. Additionally, folks trying to make use of the Fresh start feature – allowing you to clean up an installation without removing personal files – may find that the feature is broken after the upgrade.

Naturally, Windows 8.1 and Windows 7 did get their own share of updates, as follows:

It must be said that to even get the updates for Windows 7 you need to be a customer paying for Extended Security Updates (ESUs), as the OS officially exited extended support on January 14 of this year.

Of course, we need to talk a little about the Insider program, which this week was host to build 19645 in the Fast ring. This is still from the ever-nebulous vNext branch, with 21H1 builds slated to arrive sometime this month. Beyond a better servicing model for the Linux kernel inside WSL2 and support for Nester Virtualization on AMD processors, there’s not much else new.

A fair few issues have been fixed – like taskbar preview thumbnail not rendering consistently -, and a mere two known bugs remain: the one causing the Documents and Downloads sections in Settings > Privacy to display broken icon text, as well as the one responsible for causing the update process to hang for extended periods of time when attempting to install a new build. 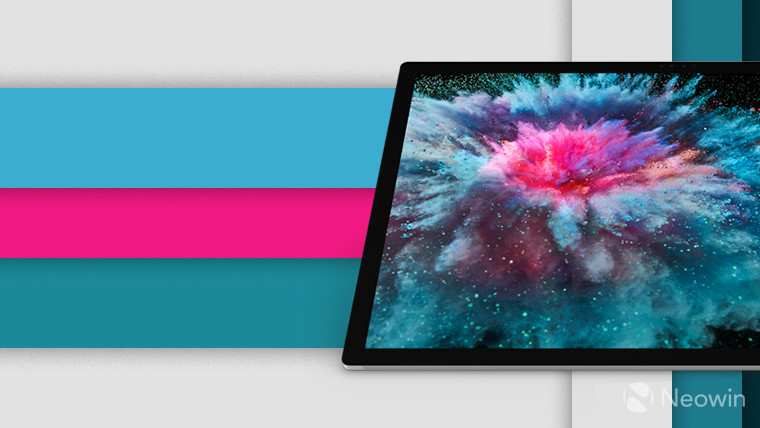 After having a look at what Patch Tuesday brought to the table, we really should take a look at some of the hardware news that popped up in the last few days.

The Laptop 3, Pro 7, and Studio 2 got some attention too, and Microsoft even managed to fix the issue in the May 2020 Update that was causing Always On PCs to unexpectedly restart. The devices called out as being affected were the Surface Pro 7 and Laptop 3, though the arrival of this fix does not necessarily mean that you’ll see v2004 in Windows Update if you own these devices

In other Surface news, the newly announced Surface Dock 2 is already 22% discounted on Amazon – going down from $259.99 to $201.95 -, and the Redmond giant is said to be preparing for the launch of its dual-screen Surface Duo Android device in the coming weeks.

The last bit of new information concerning hardware is related to the company’s HoloLens 2 HMD, which is being leveraged by construction solutions provider Trimble to provide mixed reality tools geared towards front-line workers. In addition, HoloLens 2 is now available to buy through the Microsoft Store for the low, low price of $3,500. Needless to say, consumers are not the target audience for this thing.

To end, let’s take a look at an initiative looking to highlight the release of new apps to the Microsoft Store.

Launch, the brainchild of a number of developers focused on the UWP platform, seeks to highlight new additions to the Store, specifically apps taking advantage of the Redmond giant’s new design sensibilities and UWP approach.

We actually took a look at the latter, so head over there and see what it’s all about.