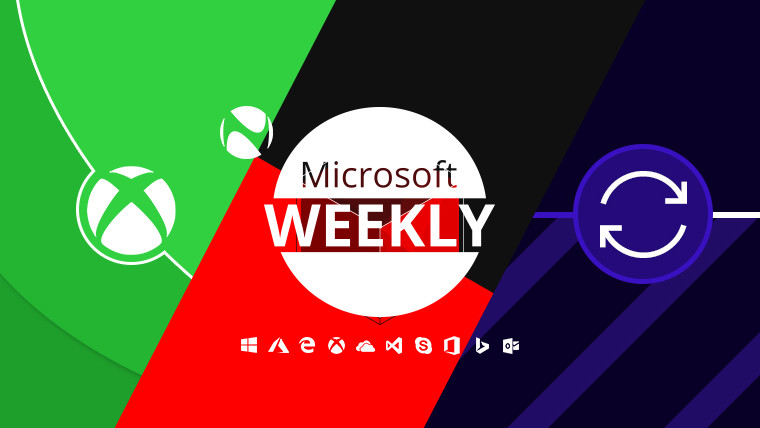 There’s been a sizable amount of news for gamers on Xbox, some Redstone 4 kerfuffle, and the ever-present string of updates for a variety of software and hardware products from the Redmond giant. That, and much more, in your Microsoft digest for the week of April 7-13.

Gaming in a box

It’s been a pretty big week for fans of Microsoft’s home console line, both in terms of things coming in the near term, and those further down the pipeline. 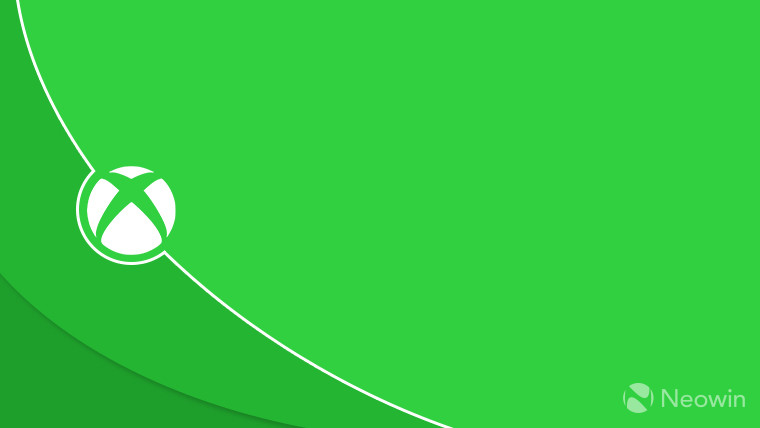 In a perhaps puzzling move, Microsoft announced the existence of version 1805, the next feature update for the Xbox One family. What makes this odd is the fact that 1804 – what’s essentially the spring update for the console – isn’t even out yet. This may be due in no small part to the apparent show-stopping bug from build 17133, a numbering scheme which had been synced across PC, HMD, and console and was likely the RTM build. Feature-wise, details are scarce at the moment, but should be revealed as we get closer to May.

On another note, quite a few games have received updates to improve quality of life for Xbox gamers. First off is The Division, whose 1.8.1 update brought two new global events, as well as enhancements for the top-of-the-line Xbox One X, like better anisotropy, and the option to render the title in 4K.

Battle royale juggernaut PlayerUnknown’s Battlegrounds (PUBG) got an update of its own, fixing some serious bugs related to gameplay, UI, and UX, while also bringing a new free crate that players can earn.

In a similar vein, piracy simulator Sea of Thieves got its latest weekly update, 1.0.3, which fixes issues related to equipping weapons, non-directional chat, and server shutdown warnings. According to developer Rare, next month will also bring weekly events and a new AI threat for players - currently known only as The Hungering Deep.

As far as new releases are concerned, Ninja Theory has launched its latest title, Hellblade: Senua’s Sacrifice on Xbox. Beyond the regular version, there are also three enhanced modes available for the One X, covering visuals, framerate, and resolution. Given the game’s exploration of mental health issues, the developer has also pledged to donate $25,000 to Mental Health America if the title reaches 50,000 unit sales during its first week on the console.

Nevertheless, for folks interested in bolstering their libraries with a variety of other titles, Deals with Gold for the week focus mostly on DLC and Season Passes, with discounts ranging from 15% all the way up to 85%. The Escapists: Supermax Edition, WRC 6 FIA World Rally Championship, and Lara Croft and the Temple of Osiris (Season Pass) are among the titles being offered at higher discounts.

Last, but most certainly not least, the biggest Xbox news this week was the forthcoming addition of 19 Original Xbox titles to the Backward Compatibility list. Games like Jade Empire, The Elder Scrolls III: Morrowind, SSX3, and others will be making their debut on the list on April 17. A little later, on the 26, those will be followed by Destroy All Humans!, Full Spectrum Warrior, and a selection of Star Wars games. You can check out the full list here.

While we were under the impression that the changeover from Redstone 4 to 5 was as good as done last week, a show-stopping bug snuck in, causing a delay. 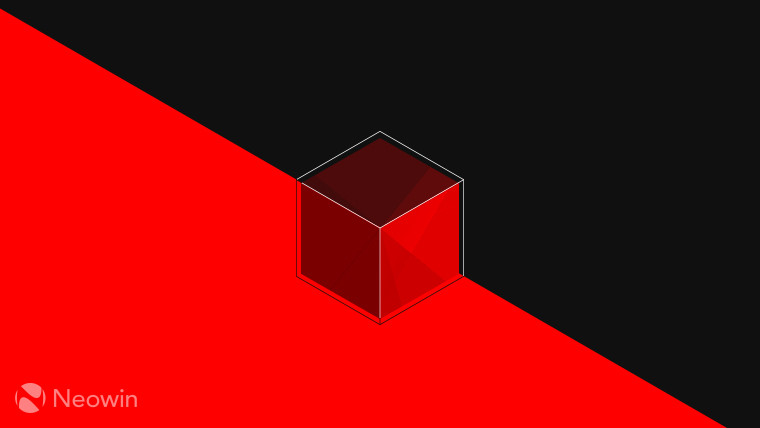 Insiders in the Fast, Slow, and Release Preview rings all got their first taste of a cumulative update for the Redstone 4 branch, as Microsoft pushed out build 17133.73. The emphasis was mostly on security enhancements for Internet Explorer, Edge, the Windows kernel, Windows Server, and a few other components.

The news above may be a tad underwhelming due to the original plan, which was to begin the rollout of Redstone 4 – or version 1803 – on April 10. This was further solidified by the presence of build 17133 in the Release Preview ring last week, hinting at this being the RTM (Release To Manufacturing). What this means is that there’s at least one more full build in the cards before we might see any sort of rollout commence. This is all the more good news due to the presence of a bug that’s apparently not letting you disable web search in Start. As with most things of this sort, there’s a workaround available.

Bugs or not, development on Redstone 5 hasn’t screeched to a halt, as evidenced by build 17643 for Insiders in the Skip Ahead ring. The standout change concerns Sets, which can now be used with Office apps. To do so, you need to be an Office 365 subscriber and be enrolled in the Office Insider Program for the feature to show up. Furthermore, Win32 apps which make use of a default, non-customized title bar can now be present in Sets, with apps like Paint and others like it still not supported. A few Edge, Magnifier, and Data Sense quality-of-life improvements were also part of this build’s changelog.

Of course, some issues are always present at this point in the development cycle, and 17643 is no exception. Most of them are related to Office, but there are also some that have to do with the interaction between Sets and Win32 apps. The good news is that bugs pertaining to visual effects like Reveal have been fixed in this build.

Much like the sun coming up in the morning, updates are an expected part of everyday life. 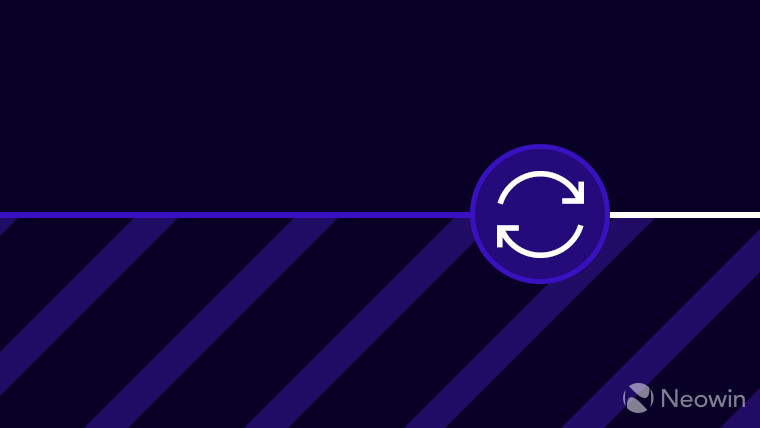 Given Windows 10’s myriad of major feature drops, the particular servicing scheme might be a tad confusing, but here are the strings of numbers you should be looking for, depending on the version you’re running:

Users on older Microsoft OSs like Windows 8.1 and 7 haven’t been forgotten, receiving some fixes of their own:

While we’re on the subject of Server operating systems, the latest Insider preview for Windows Server 2019 popped up this week, unveiling the Storage Migration Service feature – focused around scalable server migrations -, as well as Storage Replica for synchronous and synchronous block replication between servers. Do be warned that some AppX database entries may be corrupted, and Active Directory Domain Controllers may not function correctly if you decide to do an in-place OS upgrade.

Insiders of the Office variety got improvements to PowerPoint – creation of shapes and legible text out of handwritten notes -, Outlook 2016 – reading of emails aloud -, and Project 2016 – filtering of key resources and summary tasks -, all of which will arrive to non-Insiders in about a fortnight.

Lastly, The Surface 4 finally got its on-screen support for the Surface Dial via the newest firmware update, and Microsoft has introduced a set of parent consent validations for children’s accounts, in light of the looming GDPR date of applicability.

We end on a bit of a throwback note, courtesy of a piece of Microsoft history. 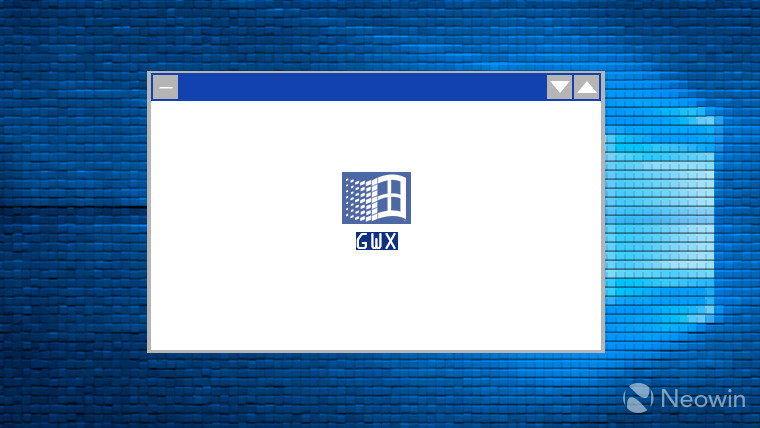 In celebration of the 26th anniversary of Windows 3.1, Microsoft decided to open source the File Manager which originally shipped in Windows 3.0. Furthermore, a few changes have been made to it so that you’ll be able to run it on Windows 10, if you so desire.

It may not sound like much to some, but it’s certainly a welcome if somewhat quirky tool to play around with for those who used it back in the day.