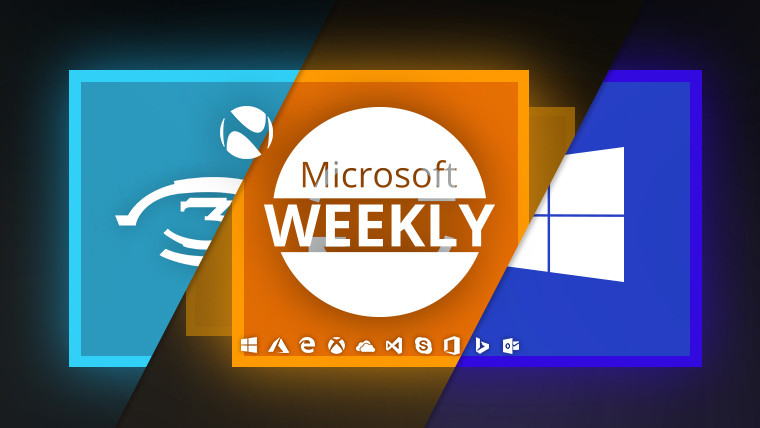 From discontinuation of certain Xbox models, to the arrival of the long-awaited Halo 3 on PC and a Flight Simulator release date, and even the expected Patch Tuesday updates, this week was pretty packed. You can find info about that, as well as much more below, in your Microsoft digest for the week of July 11 - 17. 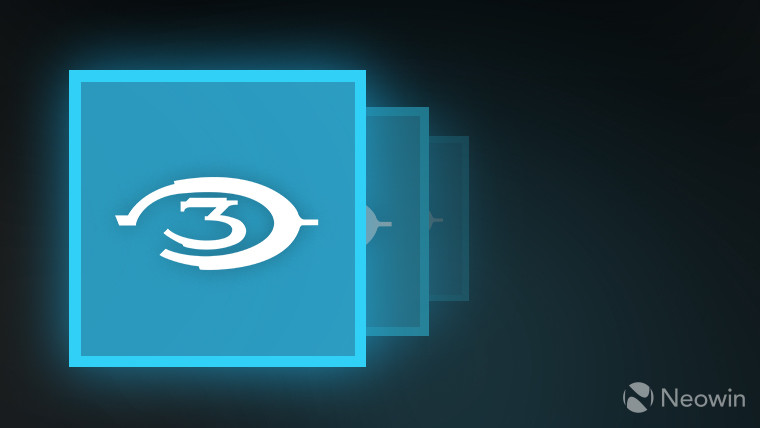 After over a decade of waiting, PC players are now finally able to continue Master Chief’s story, as Halo 3 made its way to the Master Chief Collection on the aforementioned platform – via the Microsoft Store, Steam, or Xbox Game Pass. Aside from the expected upgrades, this release also coincides with the release of Forge for Halo: Reach and Halo 2: Anniversary, as well as fixes for Halo: Reach’s audio problems. Be sure to have a look at our review for more details.

Also getting a release this week was Gears 5 Operation 4: Brothers in Arms which has overhauled the ranked and currency systems, while also adding six new characters.

In the category of announcements, Flight Simulator has been revealed to be coming August 18, sporting a 10 DVD physical release in Europe, and with early access to the Closed Beta now available.

Continuing the theme of games, games, and more games, the first wave of Games with Gold for this month is available, including Dunk Lords and JUJU, plus WRC 8 FIA World Rally Championship from the previous promotion being free to claim.

Moving on, Yakuza Kiwami 2 has been announced to be available for Xbox One, Windows 10, and Game Pass on July 30. While we’re on the subject, Game Pass subscribers on console can already play Forager as well as Mount & Blade: Warband, with CARRION set to arrive July 23, Grounded on July 28 (in Xbox Game Preview), plus the aforementioned Yakuza Kiwami 2, Nowhere Prophet and The Touryst landing July 30.

PC subscribers can already get Forager as well, and the list is pretty much identical to the one on console, except for Mount & Blade which has been replaced by Golf With Your Friends, available July 23.

Keep in mind that Ashes Cricket on console, as well as RiME and The Banner Saga 3 on both console and PC will be removed from the subscription on July 31.

Finally, we wrap up this section with a bunch of news concerning Microsoft’s strategy going into the new generation. At the top of the week, we got a somewhat updated look at the Series X’s Velocity Architecture solution for asset streaming, with more details revealed about Sampler Feedback Streaming or SFS. Then, Phil Spencer confirmed that Project xCloud will be launching in September under a different name, with the streaming service being added to Game Pass Ultimate, and subscribers getting access free of charge.

As far as backwards compatibility goes, the Xbox Series X will play all Xbox One games at launch, except for those requiring Kinect, the option to buy 12 months of Xbox Live Gold has disappeared from the main Microsoft site, and the Xbox One S All Digital Edition (the SAD), as well as the Xbox One X have been discontinued. The Xbox One S will however remain in production according to the company. 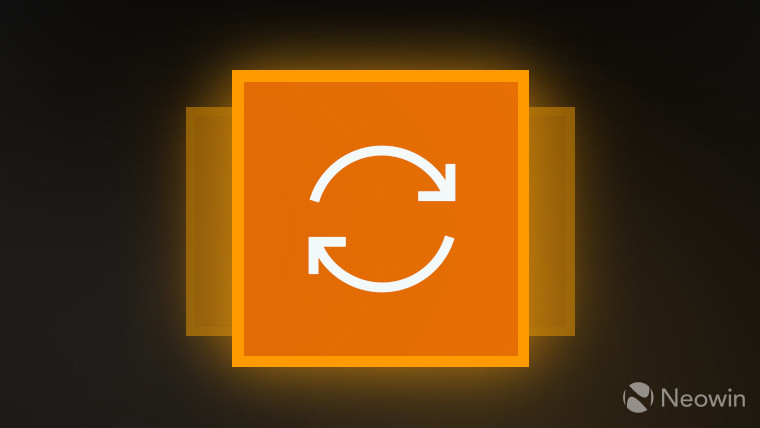 As was to be expected, this past week was the second Tuesday of the month, and thus Patch Tuesday made its presence felt. Let’s start off with Microsoft’s latest OS:

On the subject of Windows 10, it’s worth noting that Microsoft has removed the update block for version 2004 (May 2020 Update) for Thunderbolt docks. If that’s the only thing that was holding back your device, you should be able to get the latest version of Windows pretty soon.

Be warned however that if you go the Media Creation Tool route for your upgrade, it’s possible you may experience some problems, among which is error “0xC1900101”. To fix this, Microsoft recommends everything from removing your antivirus – temporarily of course -, to updating the BIOS. More information can be found on the dedicated support page.

We mustn’t forget that Windows 8.1 as well as Windows 7 (at least for those who are paying for ESUs) are still supported, so here’s what Patch Tuesday had in store for these operating systems: 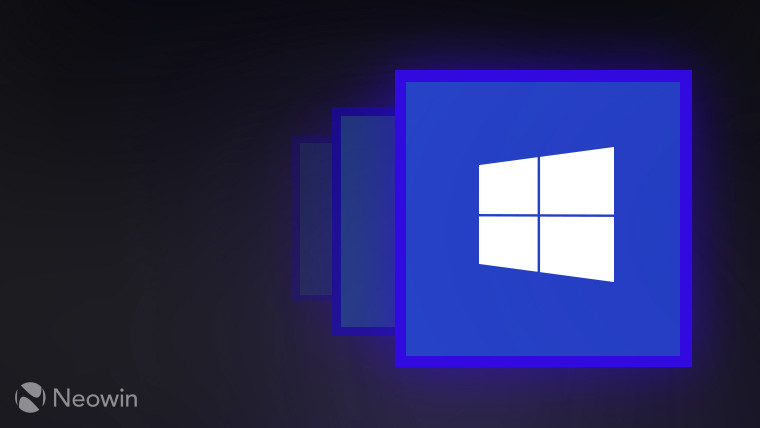 Following a week without any activity on the Insider front, Microsoft has released build 19042.388 of the Windows 10 20H2 branch to the Beta channel (previously called the Slow ring). Its changelog pretty much mirrors that of the May 2020 Update Patch Tuesday one, in no small part due to Microsoft employing the same strategy it did for 1903 and 1909 for this. As such, 20H2 is going to be a small enablement package, with a build number that's higher compared to the update released in the spring (so 19042 instead of 19041), but an identical revision number (.388 in this case).

The Dev channel testers also got a new build to play with as well, this time from the ever-nebulous vNext branch. This one is 20170 and it includes improved Sound Settings, a new icon for the Settings app itself, and an experimental implementation of TLS 1.3. Keep in mind that the ability for Notepad windows to persist after a restart is turned off while reliability is being improved, and that if you have an AMD CPU, you should avoid this build due to a bug.

Fixes were included in the build, of course, ranging from those for bugs causing screens to become dimmer, to those that caused Shift and Ctrl keys to be dropped over a remote desktop connection. Known issues are also present, including one which causes Task Manager to report 0.00 GHz CPU usage in the Performance tab.

The identically-numbered build for Server testers has been released as well, though there’s a visible lack of changelog. This has been the chase for all Server builds since January.

Moving on to perhaps smaller previews, the July preview build for Office Insiders in the Current Channel (Preview) on Windows has been released. It’s version 2007 (build 13029.20200), and adds the ability to insert High Efficiency Image File Format (HEIF) pictures from an iPhone. Additionally, Excel now has a new Sheet View and LET function to group repetitive calculations in a formula, as well as the ability to create PivotTables from Power BI data sets. Folks are also able to take advantage of improved Microsoft Stream playback in PowerPoint and the ability to create polls in emails via Outlook.

For PowerToys users, there’s v0.19.2 of the preview which comes with minor fixes, and for those on Android there’s Microsoft Launcher 6 which is rolling out for everybody. The Launcher Preview itself seems to be on the chopping block however, with the firm popping up a message stating it’s set to phase out the preview at the end of this month.

We end this week’s recap with a bit of a PSA, specifically for users of one of OneDrive’s perhaps more obscure features. 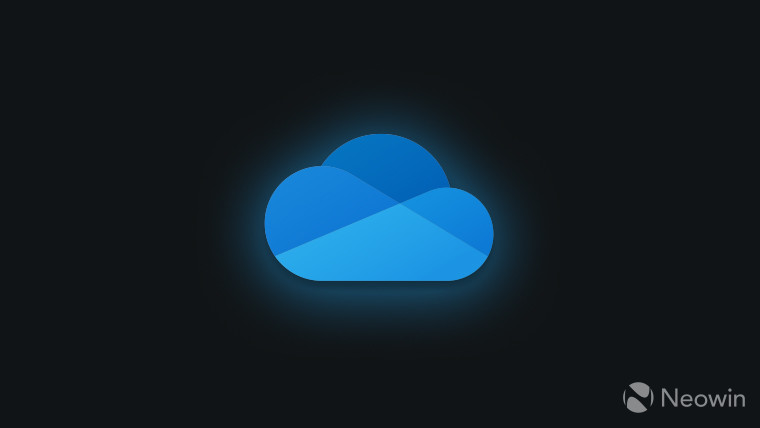 If you were using the OneDrive desktop app and ever dove into the settings for a bit, you may have noticed a feature, disabled by default, that let you fetch files from a particular PC. This of course only works if the particular PC is running and connected to the internet, but in practice, it means you don’t have to sync your files to OneDrive first. Unfortunately, that won’t be case come July 31.

While support for fetching was dropped progressively to cover accessing files on a Mac, the mobile app, and the app on Windows 8.1, the feature itself is being dropped altogether due to “low usage” according to the company. Of course, syncing your files to OneDrive to access them is still possible, and Microsoft prefers you do it that way, if it wasn’t obvious.